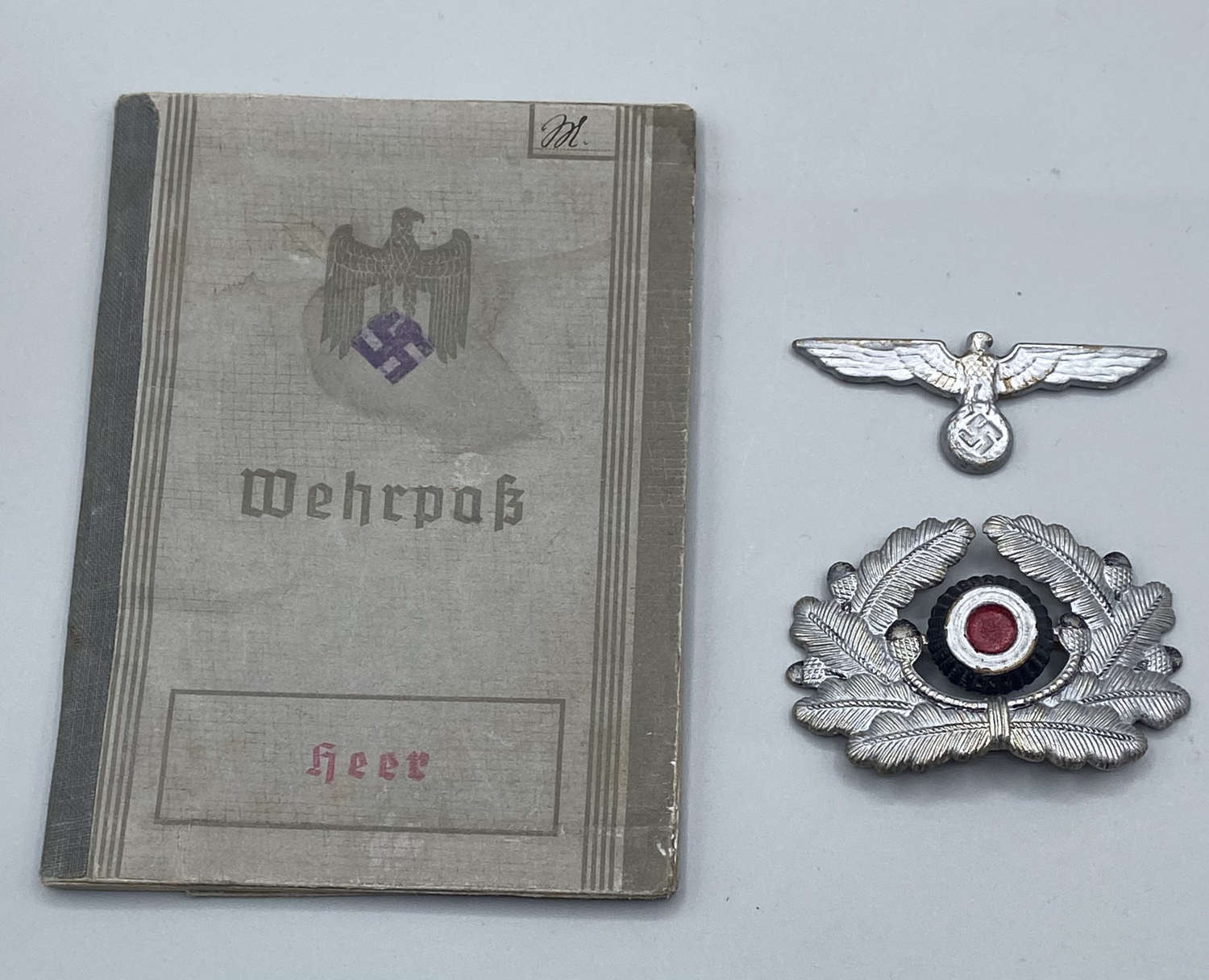 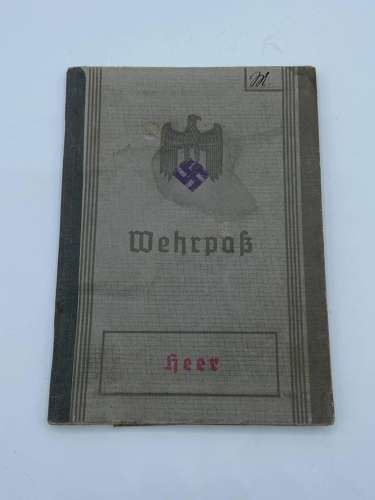 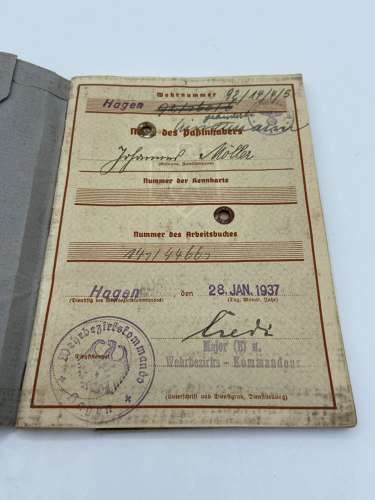 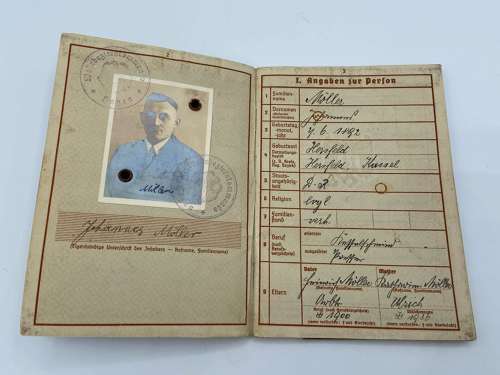 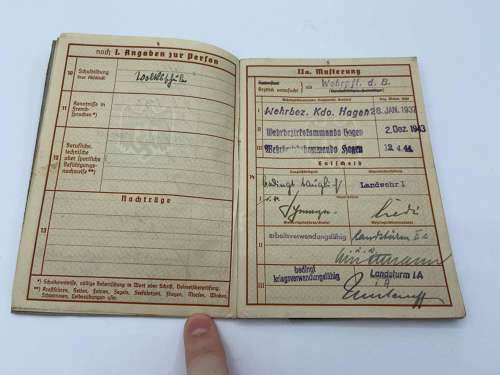 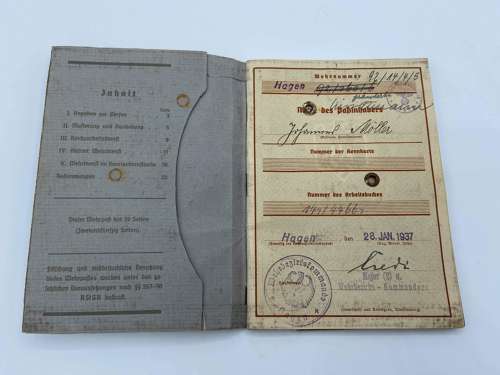 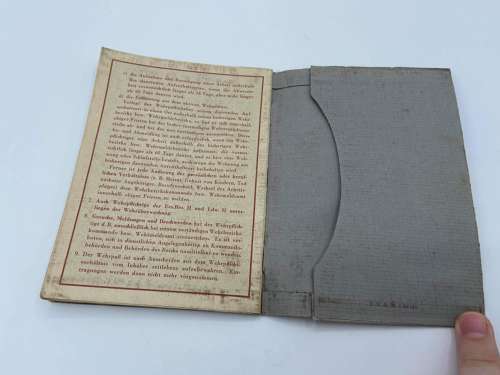 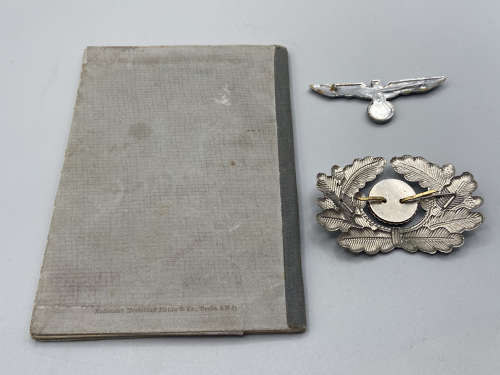 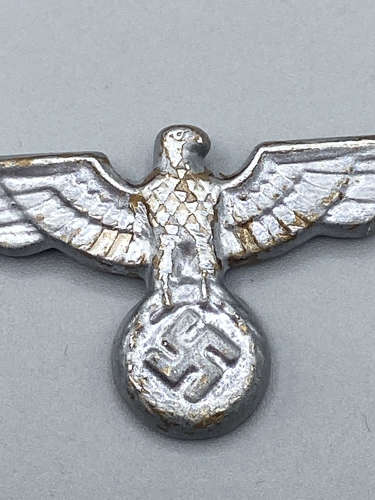 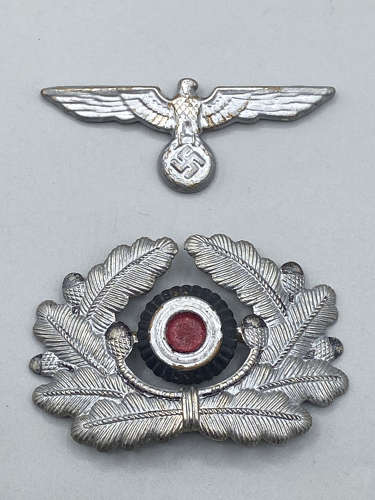 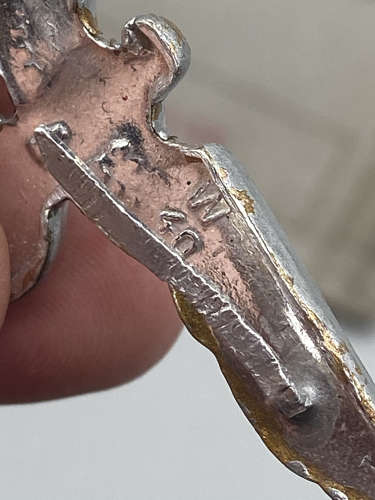 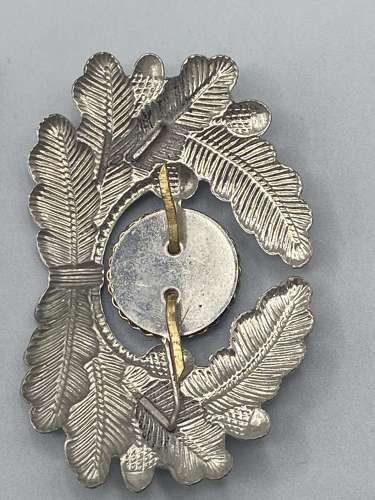 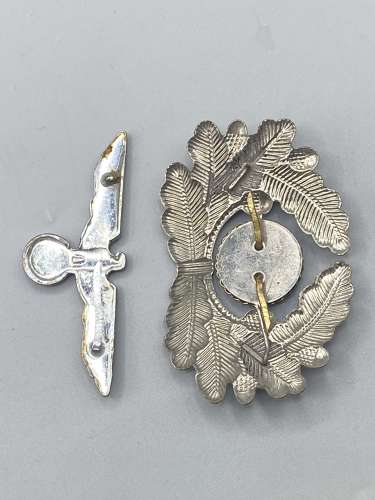 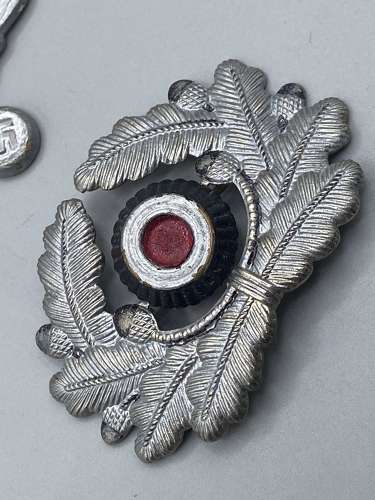 For sale is a WW2 German  Recruitement Officers Wehrpass, Cap Eagle Bad Marked M40 and a cap cockade. This German recruitment officer worked within for the city of Hagen in Germany enlisting on the 28th January 1937 and then for the Volkstrum from the 2nd December 1943 until 12th April 1944. His name is Johannes Möller, born 09.06.1892, who also served in WW1. Only three pages are filled in, I believe this may be a replacement wehrpass for him as it’s the 2nd pattern wehrpass. This will be sent via first class signed for and dispatched within two to three working day’s.