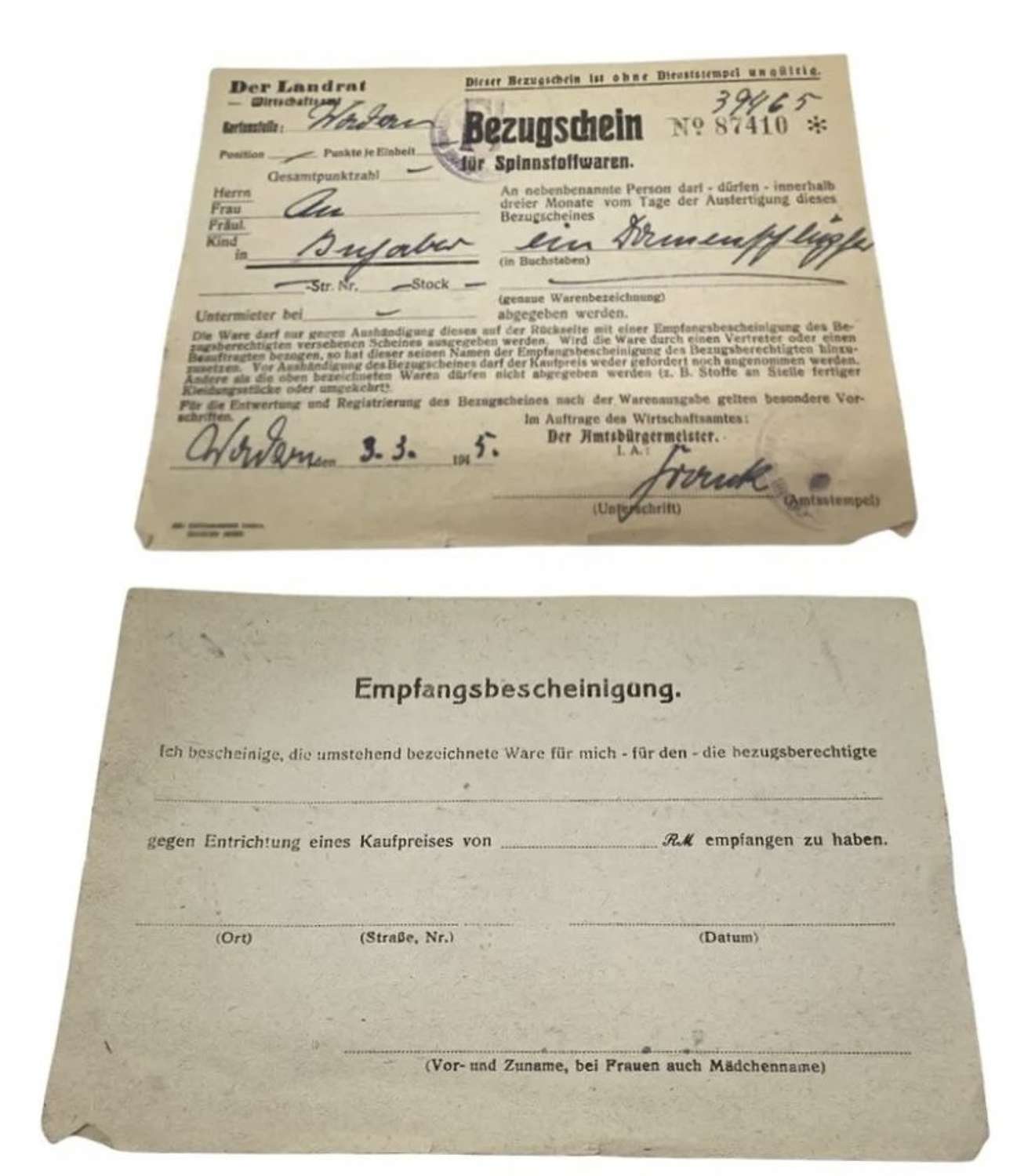 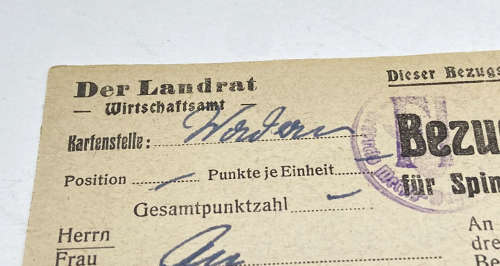 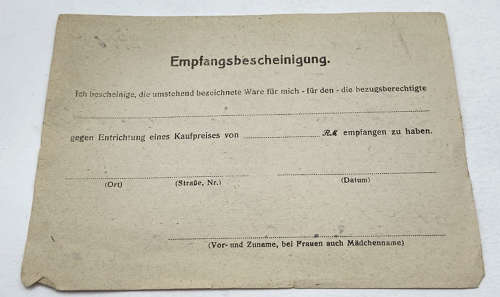 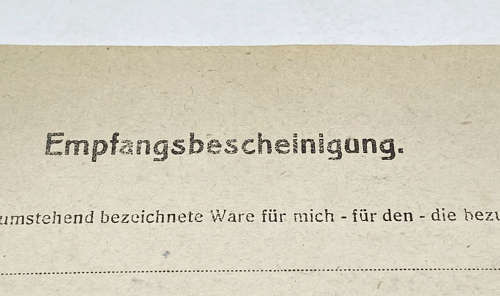 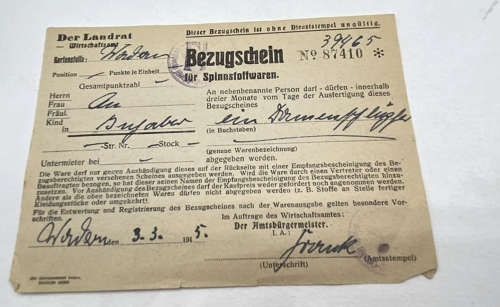 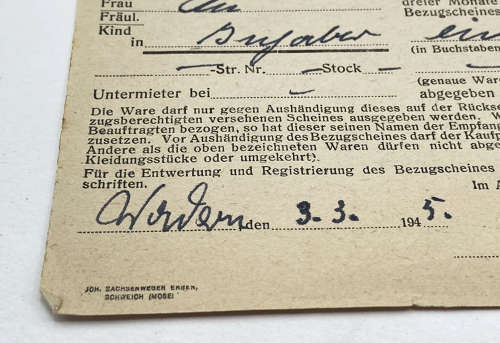 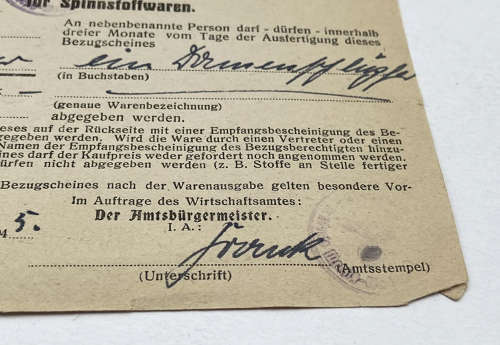 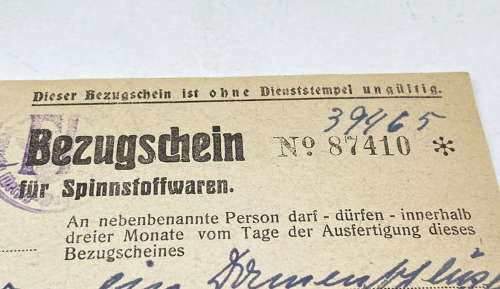 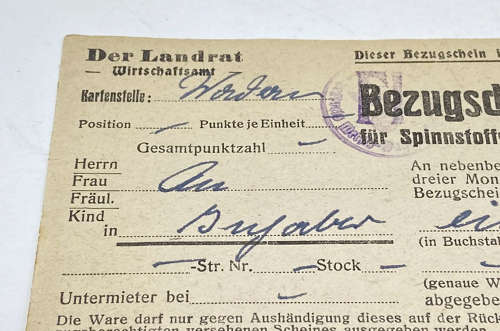 For sale is a Rare Large textile manufacturers Ration Pass To obtain large amounts of textiles issued by the German District and economic office on the date of 03.03.1945 to the well known Wehrmacht clothing and equipment manufactures Wirtschaftsamt. Towards the end of World War Two supplies for the German military were running extremely low. “special provisions” ration passes given to manufactures that were deemed important to the war effort. This document is one of these special provisions issued to Wirtschaftsamt.

This is a rare special provision ration pass for Wirtschaftsamt, which is an exceptionally rare late war document! This pass is in good condition. This will be sent via 1st class signed for and dispatched within 2 working days.