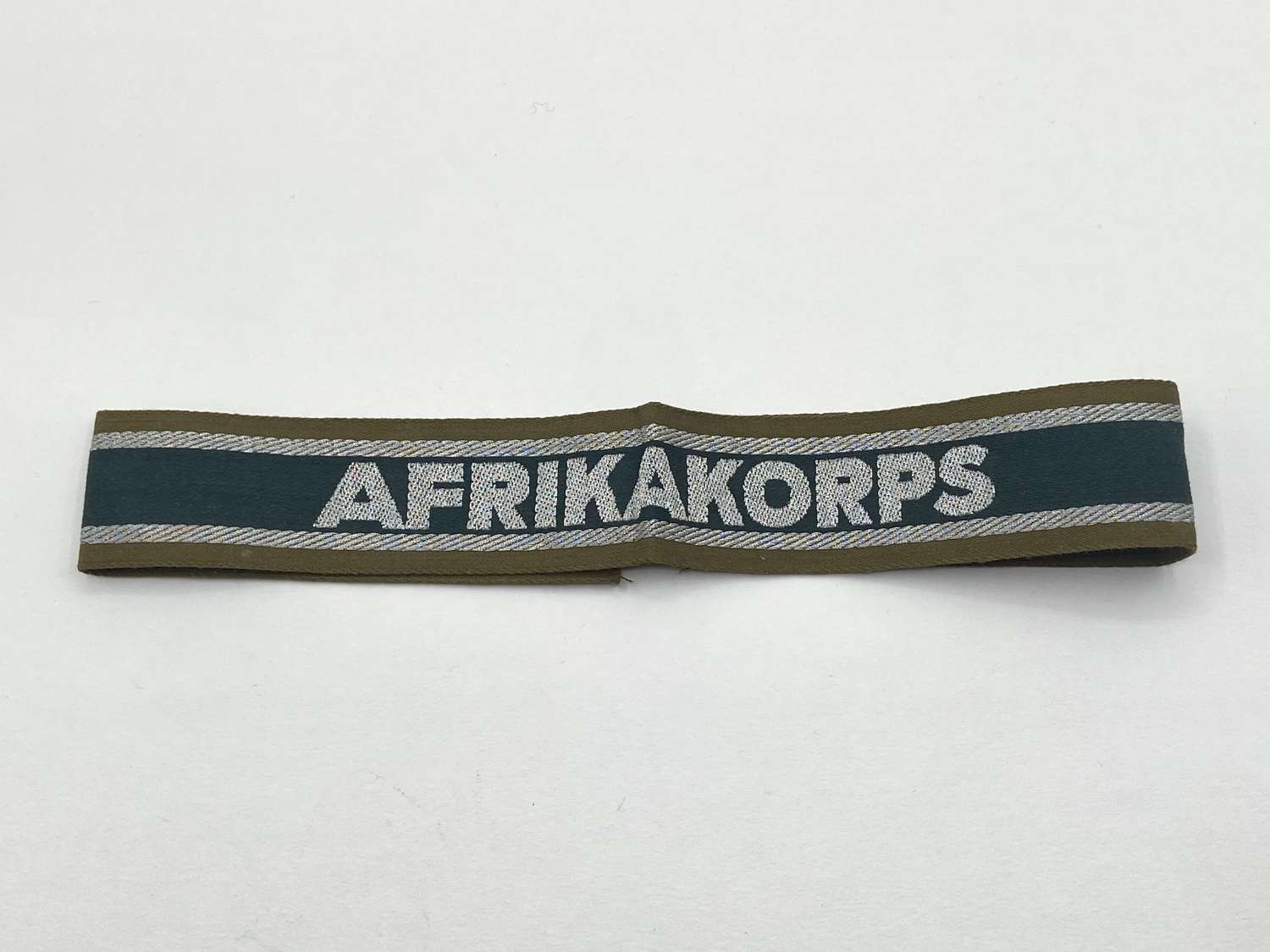 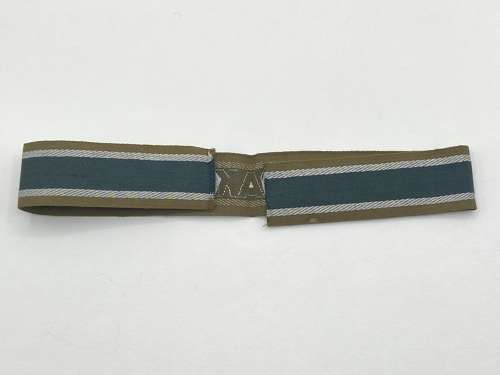 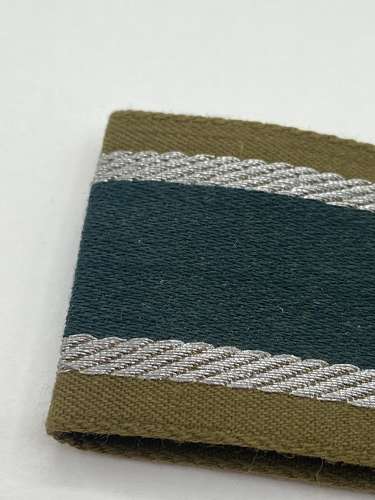 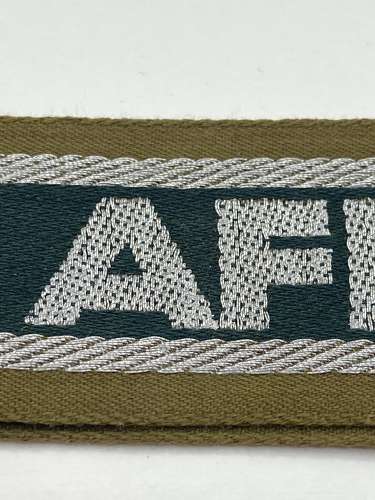 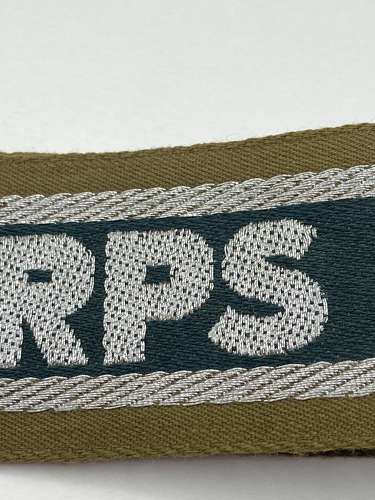 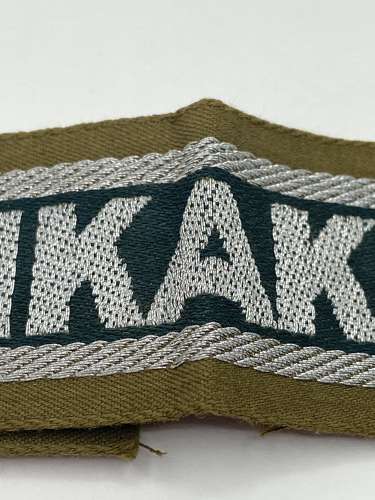 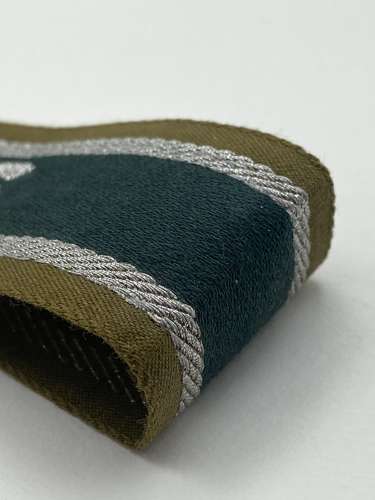 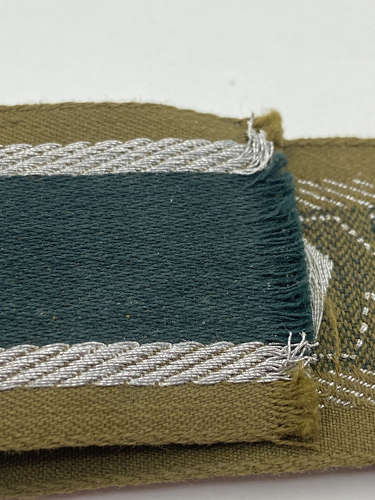 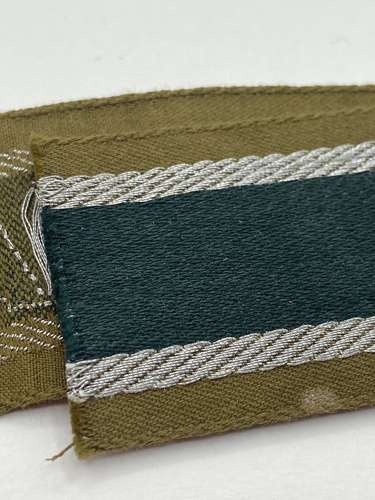 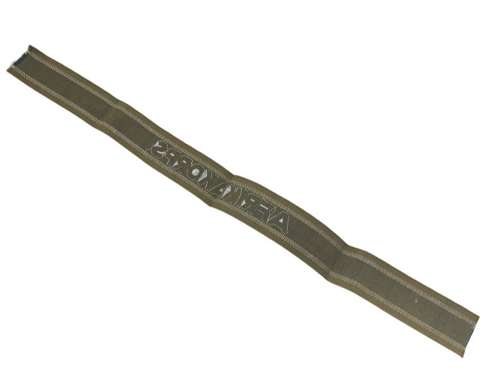 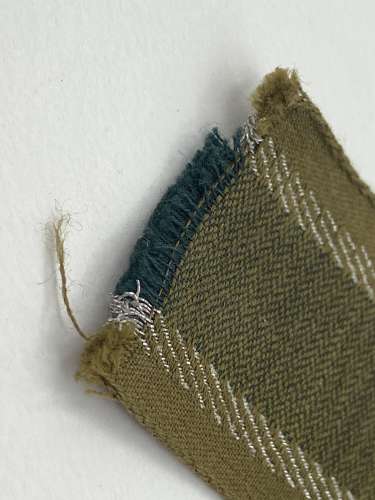 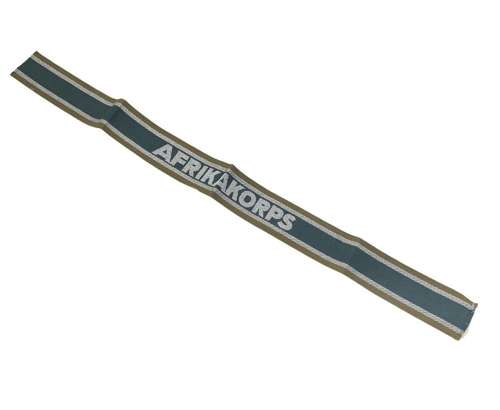 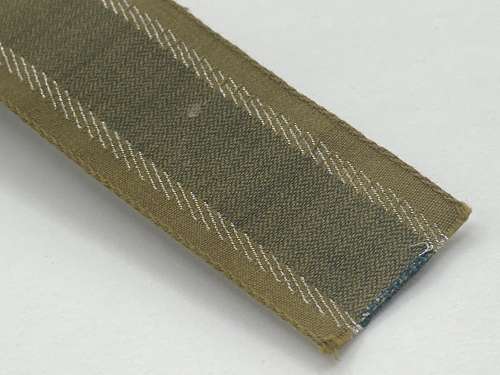 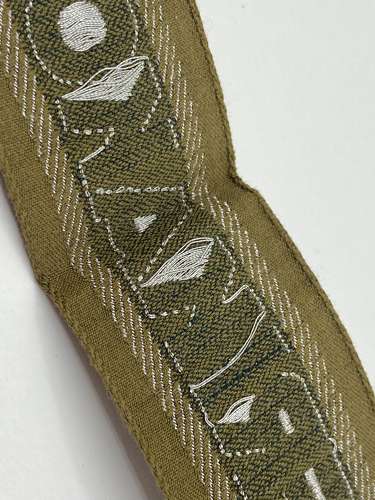 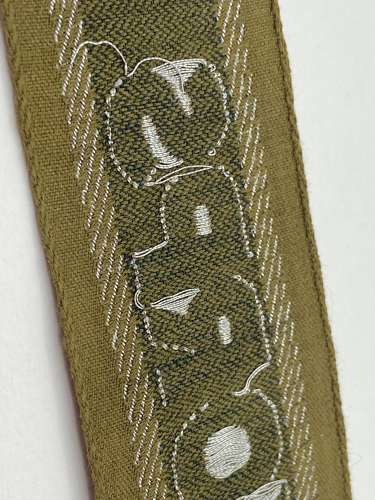 For sale is a WW2 German Tunic Unissued Afrikakorps Cuff Title. This cuff title is in brilliant condition.

This is a great example of an unissued original WW2 German Afrika Korps cuff title band.

The Afrikakorps cuff title was introduced on July 18th, 1941, for wear by members of the DAK fighting in North Africa.

The machine woven Afrikakorps cuff title was worn on the right lower arm.

The German Africa Corps (Deutsches Afrikakorps) or DAK was a German force in Africa in WWII during the North African Campaign.

The Africa Corps was formed on January 11, 1941 and Hitler gave the command to one of his favourite generals, Field Marshal Erwin Rommel. At first named the Panzerarmee Afrika, it was renamed a few times during its campaign however both officers and men continued to call it AfrikaKorps until its surrender in May, 1943.

Initially the DAK was only sent to help the Italians defense of their African colonies arriving in Libya it only consisted of the Panzer Regiment 5. Then organized into the 5th Light Division (later to be called the 21st Panzer Division) from February 10 to March 12, 1941. Later that spring the 5th Light joined some of the 15th Panzer Division that came from Italy. Both divisions were subordinate to the Italian’s in Africa. On August 15, 1941 more German troops were sent to Africa and a new command headquarters was made called Panzer Group Afrika. The Panzer Group was headed now by Ludwig Cruwell with Rommel still in command.

In November 1942 after the German defeat in the second battle of El Alamein, the XC Army Corps arrived in Tunisia, Africa and additional 5th Panzer Army men were added. On February 23,1943, the Panzer Army Africa was re-designed as the Italian 1st Army which was under the control of Giovanni Messe. Rommel was placed in command of the New Army Group Africa which controlled the Italian 1st Army, and the Panzer 5h Army.

On May 13, the Afrika Korps and remaining Axis forces surrender in North Africa.

This will be sent via special delivery Royal Mail and dispatched within two working days.