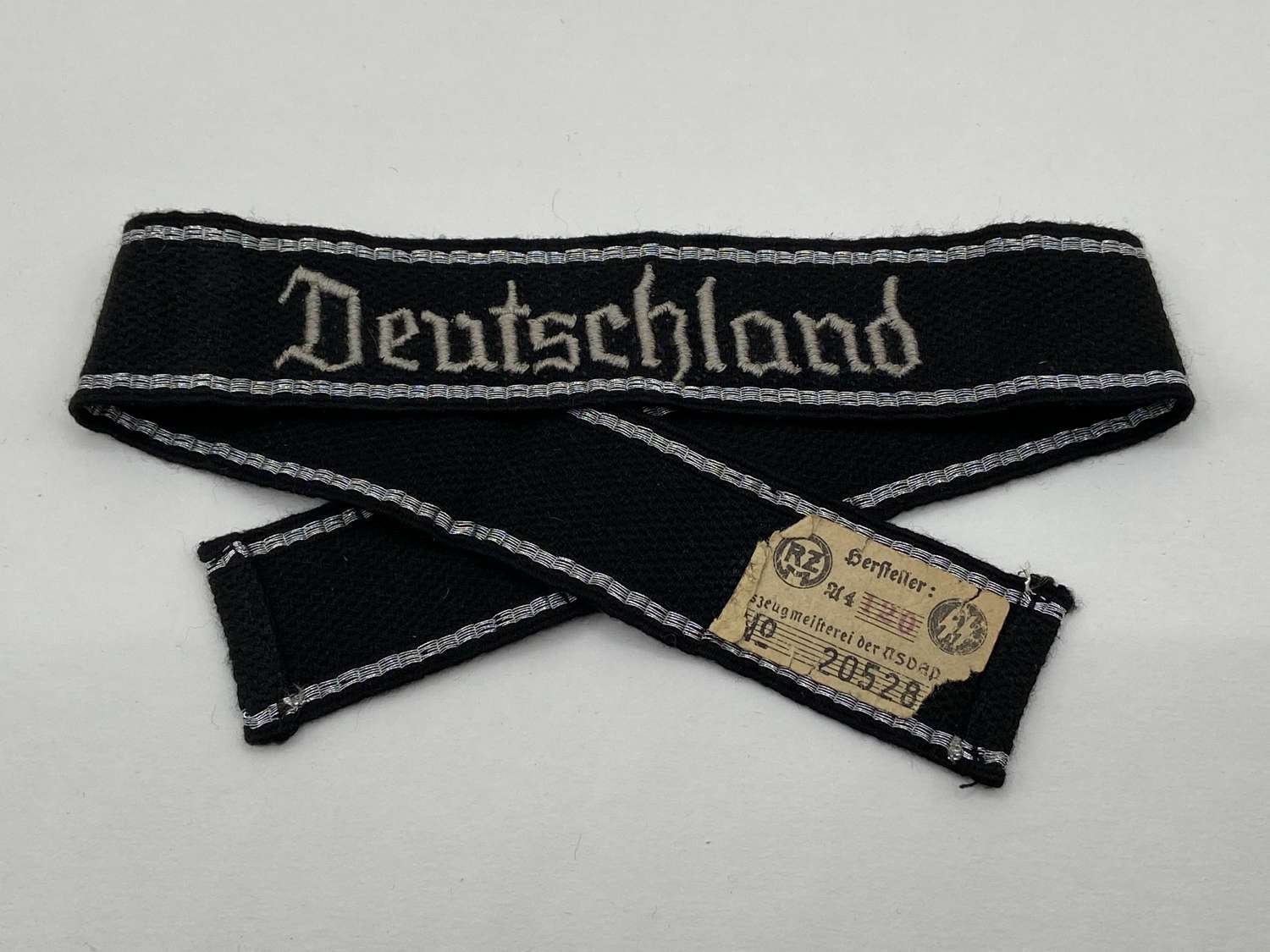 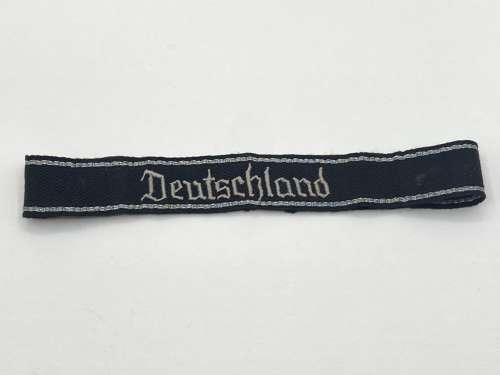 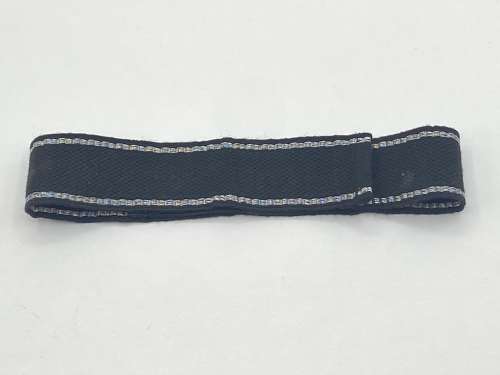 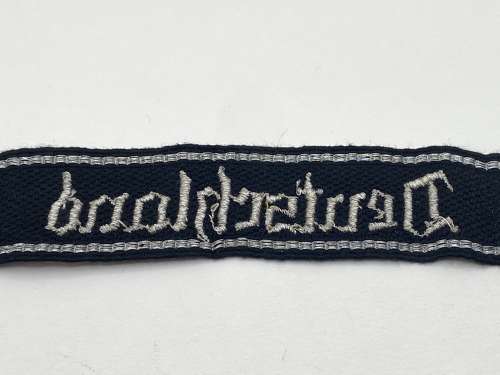 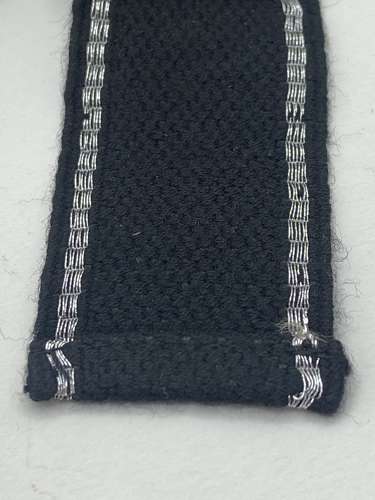 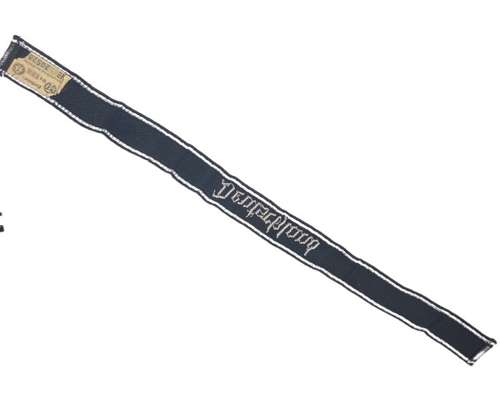 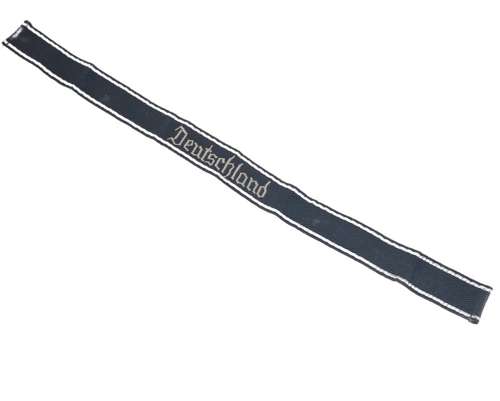 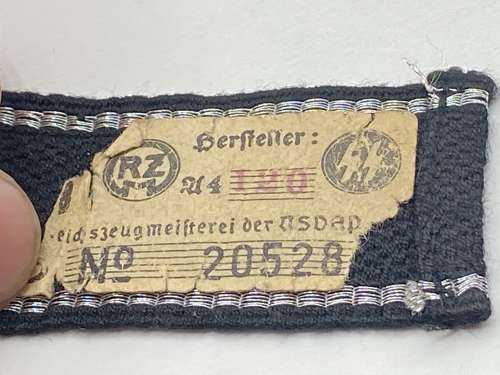 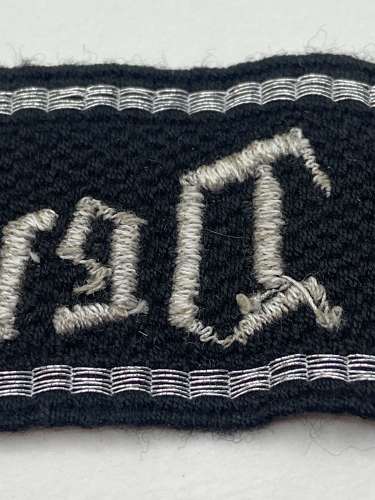 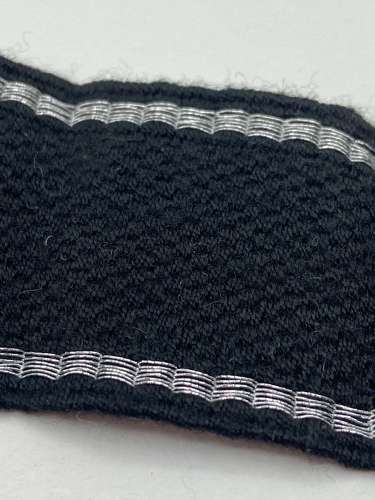 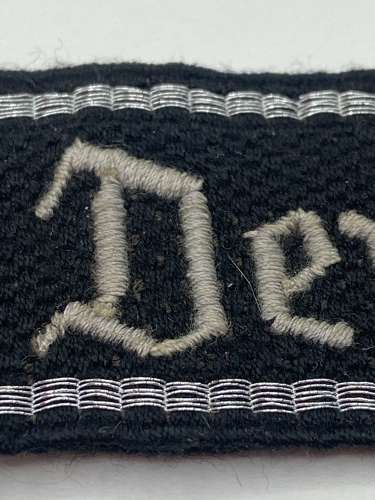 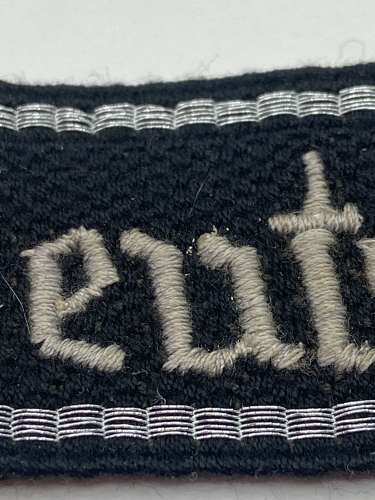 For sale is an original Unissued WW2 German Waffen SS Deutschland EM/NCO Cuff Title with its original RZM Tag On the back.

The “Deutschland” lettering is executed in a gothic script using an aluminum flat-wire thread on a machine-woven, black rayon base. The upper and lower borders of the cufftitle also show an aluminum flat wire thread made up of 6 individual strands. This thread count is acceptable on this version of SS cufftitles. Flat-wire script SS cufftitles were intended for wear by officers, but is not uncommon to see them worn by NCO’s as well. This particular example retains the original RZM tag.
Historical Description: Cuff titles (Ärmelstreifen) are uniform accoutrements that have been used in the German military since the 19th century. Intended to foster a certain sense of ‘esprit de corps’ amongst members of the armed forces, they were authorized for wear by members of designated units for the duration of their service time within that unit. In the event of transfer out of the unit, the cuff title was to be removed from the service member’s uniform. During the Third Reich, the German military continued this tradition by instituting honorary cuff titles to certain ‘special’ formations. This practice is perhaps most well-known for its application amongst Waffen- ϟϟ units. Cufftitles were also authorized for wear within all branches of the Wehrmacht (Army, Air Force and Navy) as well. These unit-specific cuff titles are not to be confused with others which were awarded for participation in a certain campaigns. The tradition within the German military of wearing cuff titles continues into the 21st century with certain honor guard contingents of the Bundeswehr being permitted to wear unit-specific cuff titles.
This is an exceptional piece, in superb condition with the origianl
RZM Paper Label. This will be sent via Royal Mail special delivery and insured. This will be dispatched within two working days.