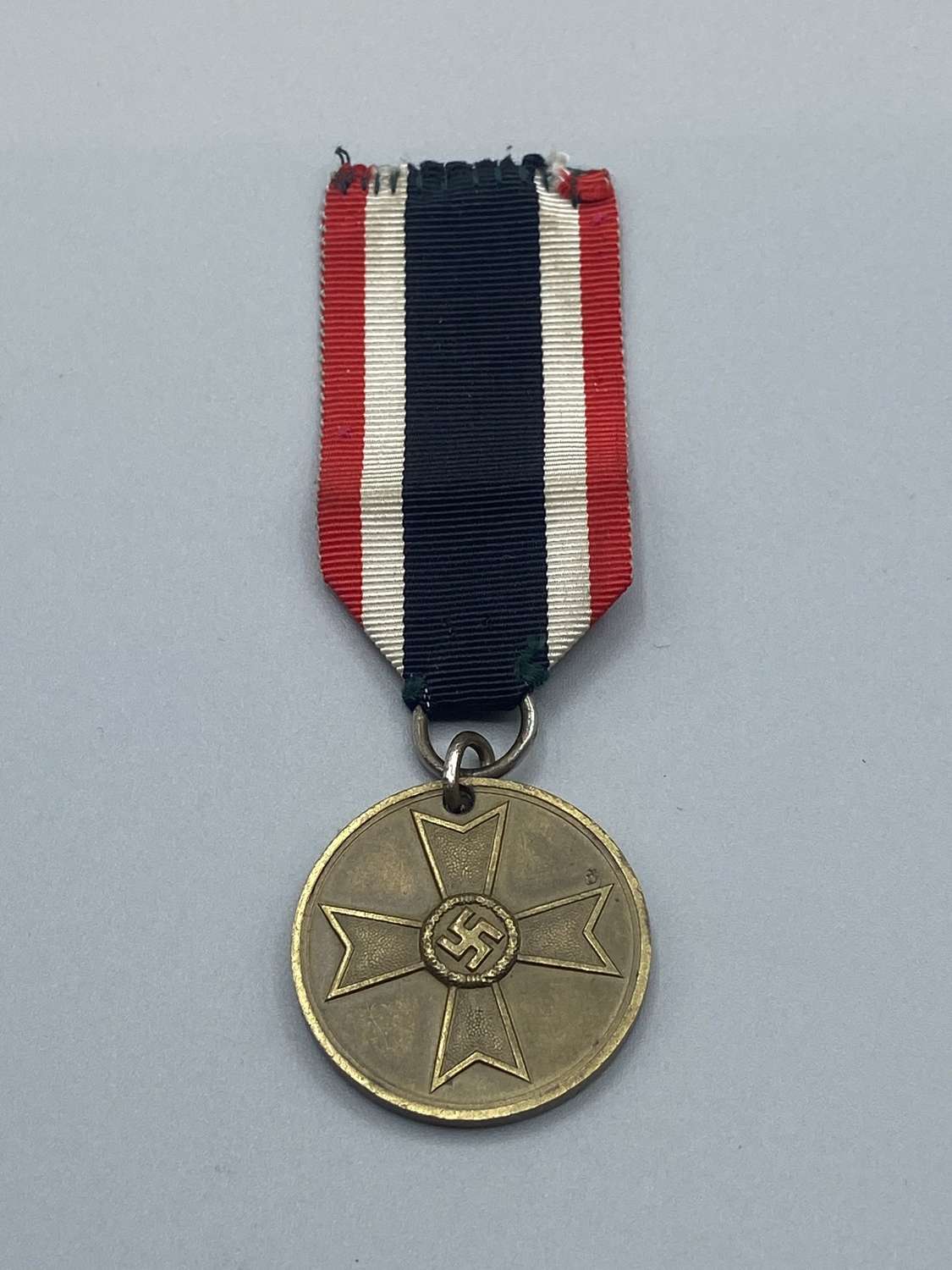 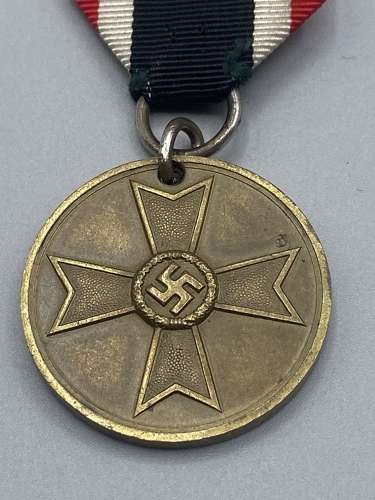 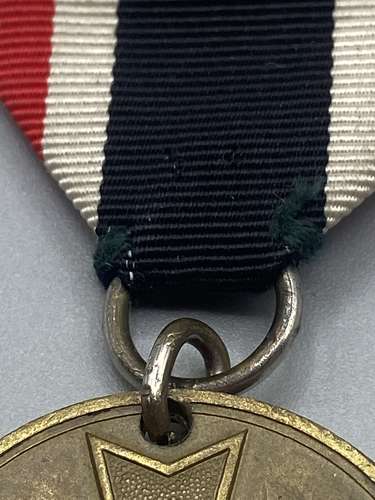 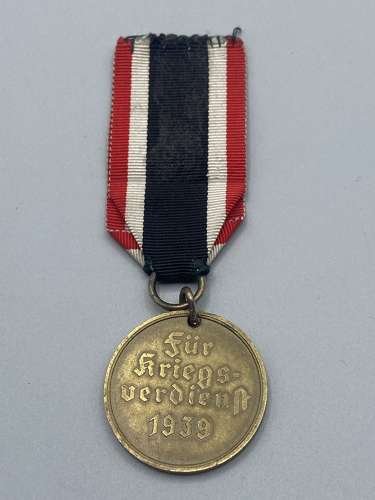 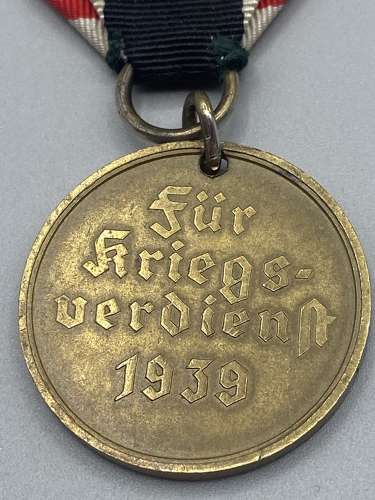 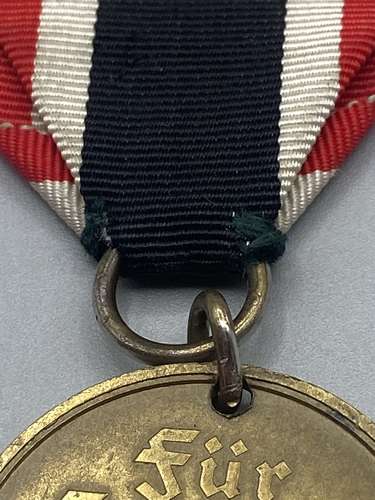 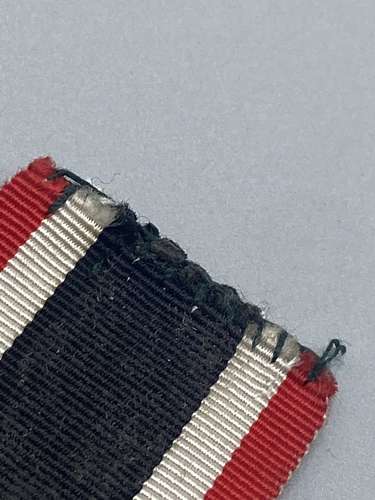 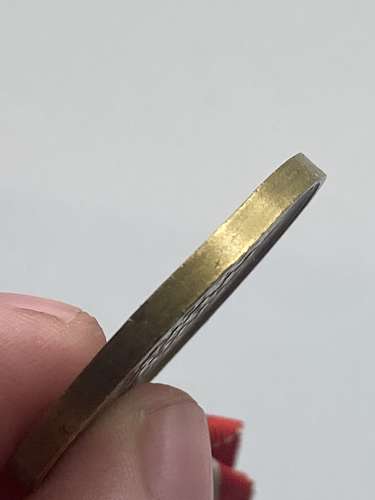 For sale is a ww2 German kriegsverdienstmedaille War merit was a WW2 German military decoration awarded to recognize outstanding service by civilians in relation to the war effort. It was instituted on 19 August 1940 and usually awarded to those workers in factories who significantly exceeded work quotas. The War Merit Medal was awarded only to Germans and non-Germans civilians, to men and women. An estimated 4.9 million medals were awarded by the end of the war in Europe. This is garaunteed original or money back, however the medal ring (loop connecting ribbon and medal together) is a replacement. This will be sent via 1st class signed for and dispatched within two to three working day's.