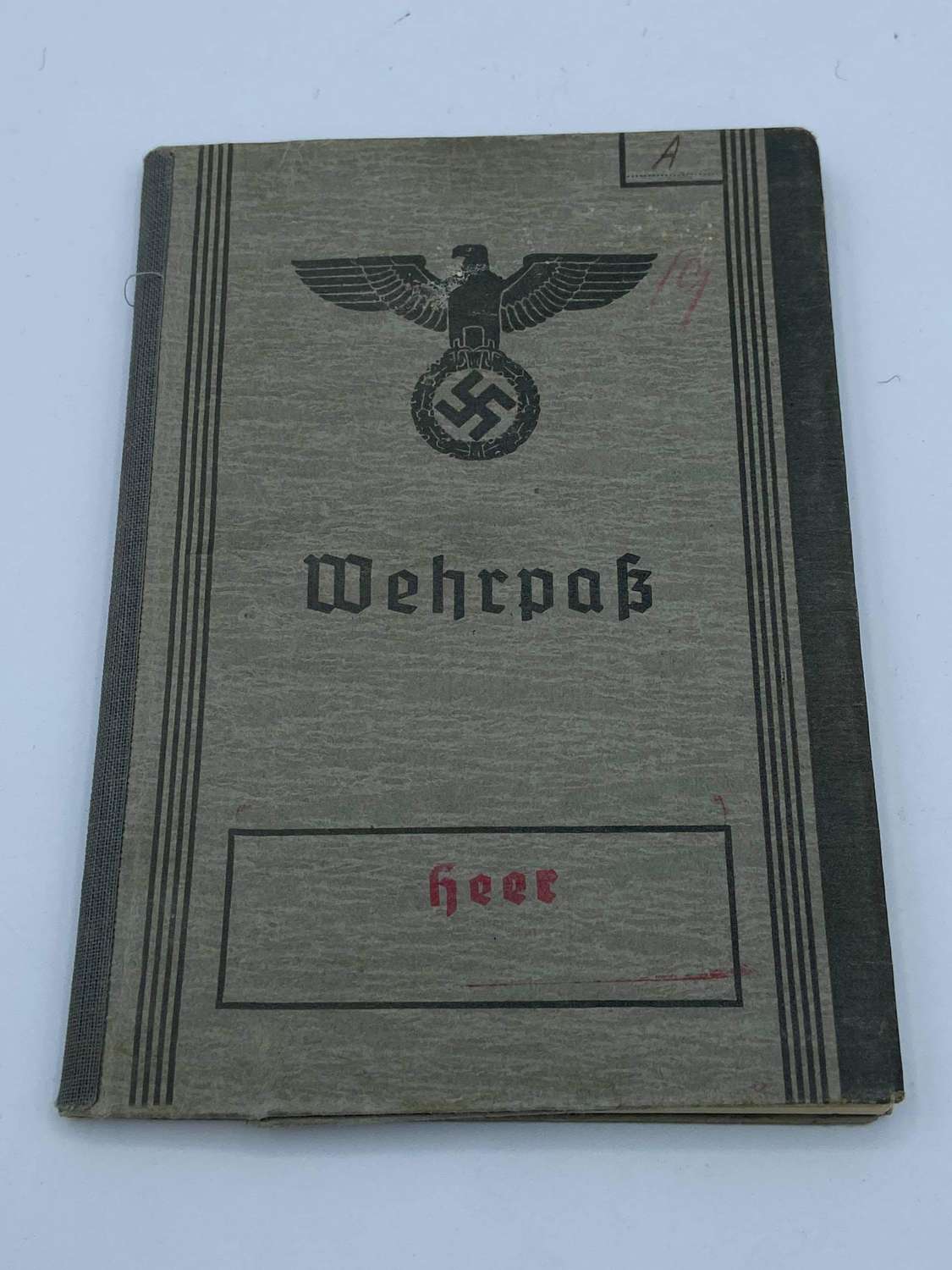 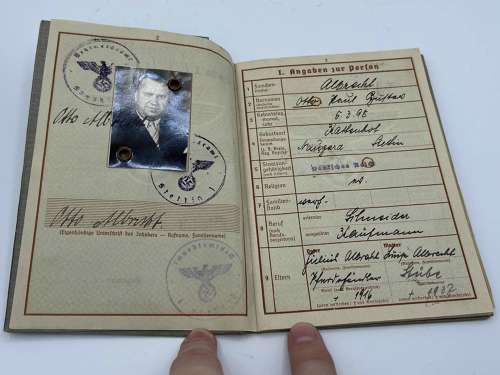 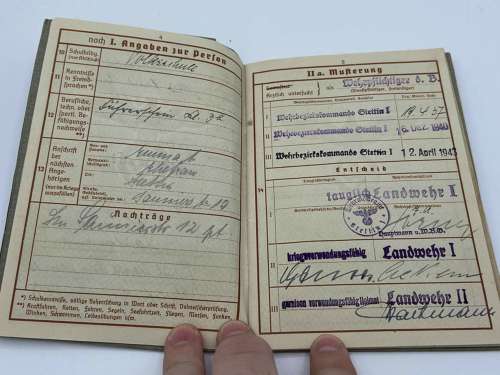 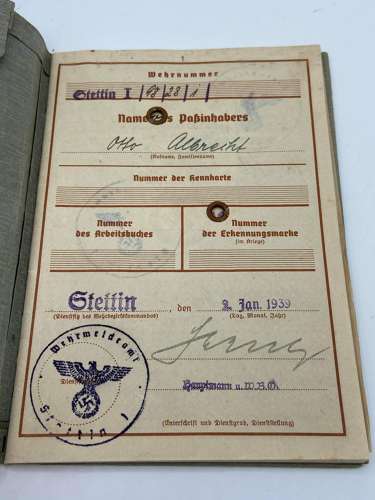 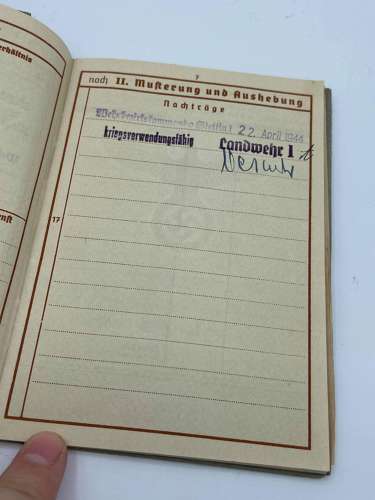 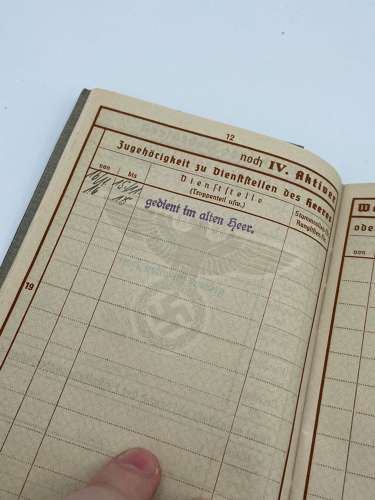 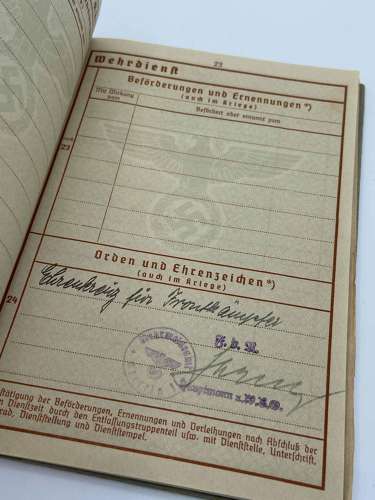 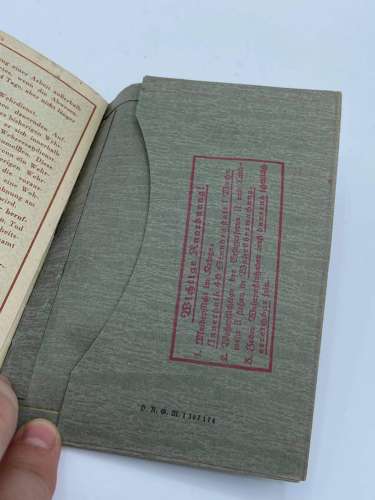 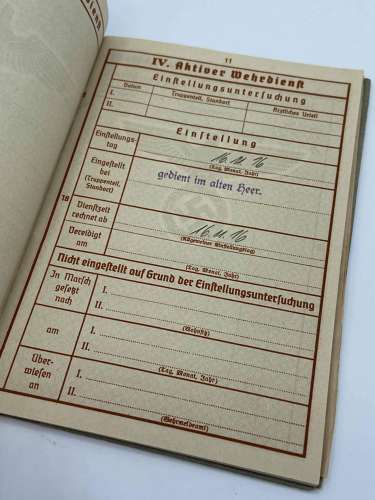 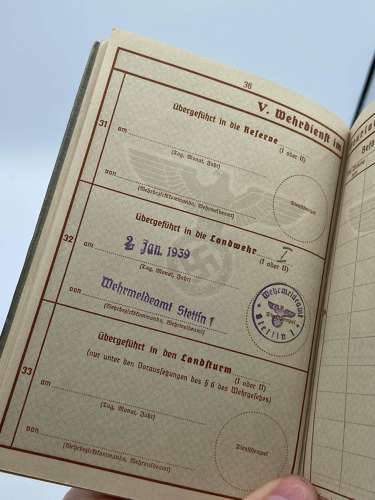 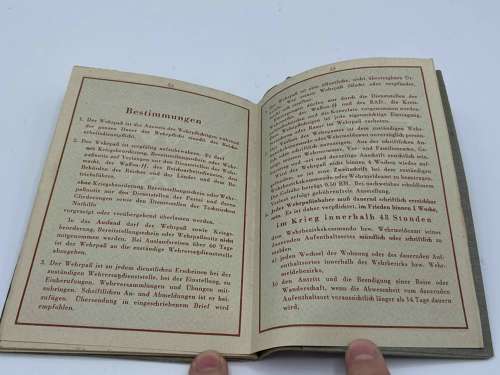 For Sale is a WW2 German Wehrpass To Otto Karl Albrecht who was stationed in Szczecin (Stettin), Poland, Landwehr I for the majority of the war.

During World War II, Stettin was a major centre of weapons industry (including the car production Stoewer). 65% of Stettin's buildings and almost all of the city centre, seaport, and industry were destroyed during the Allied air raids in 1944, and heavy fighting between the German and Soviet armies (26 April 1945)