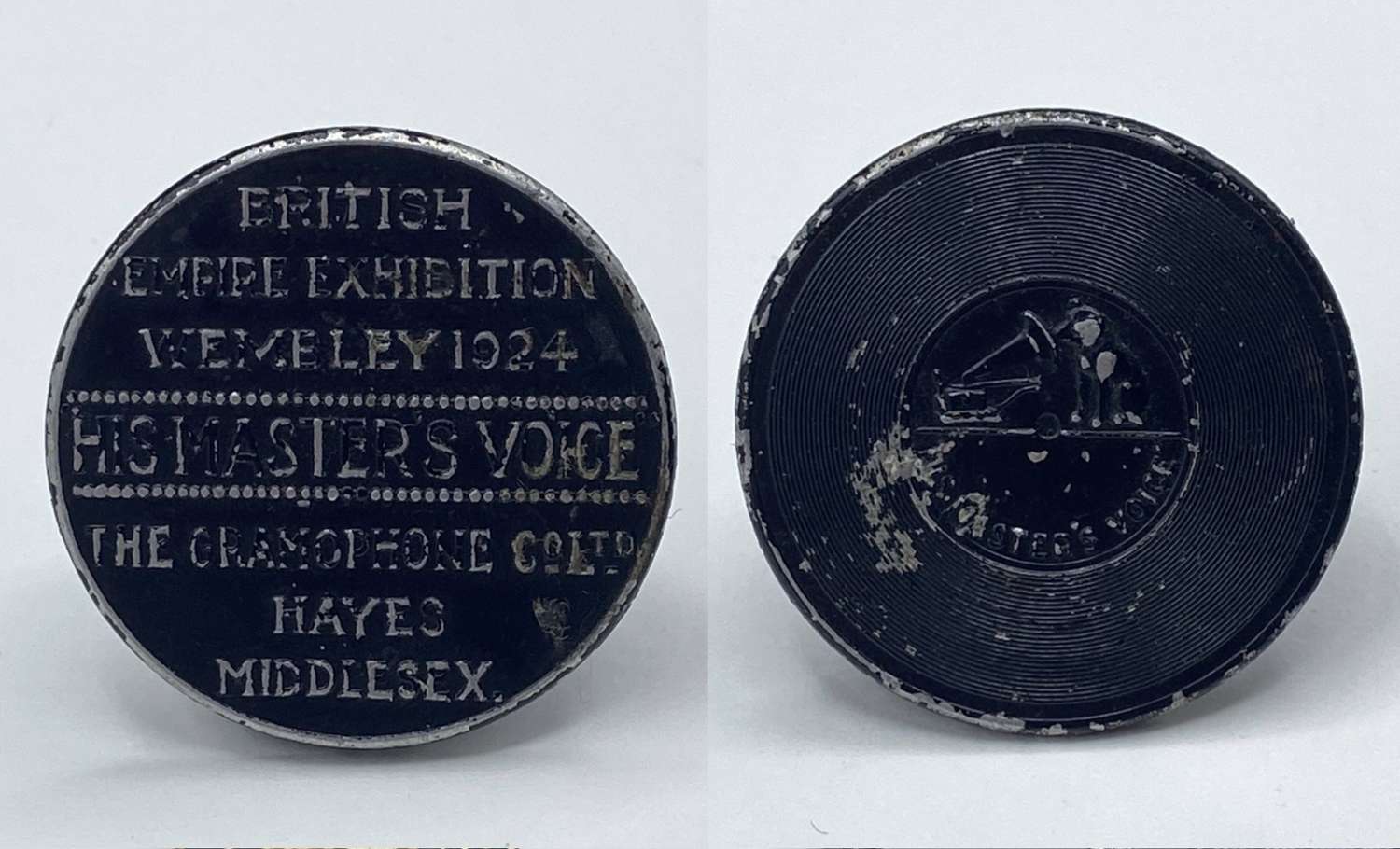 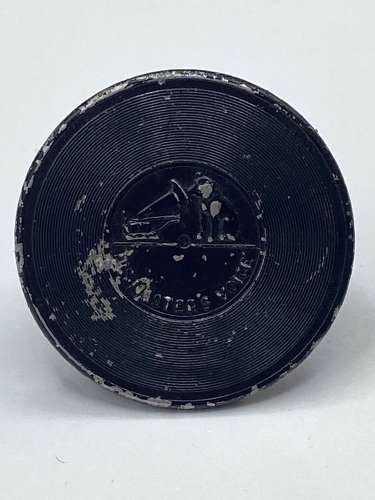 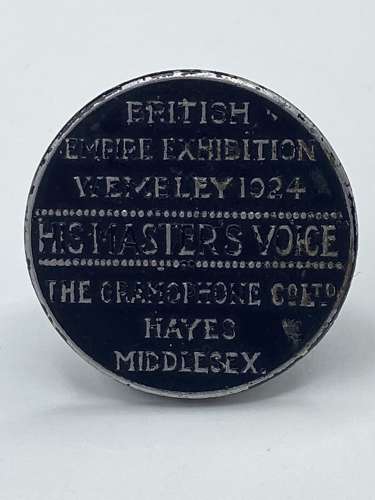 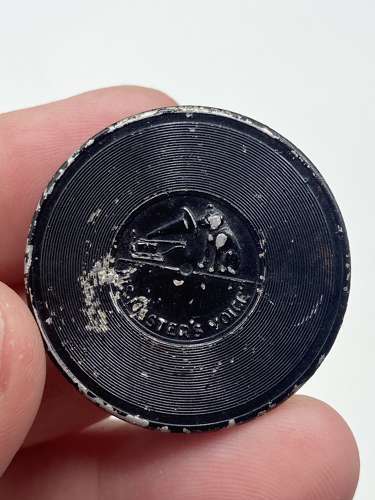 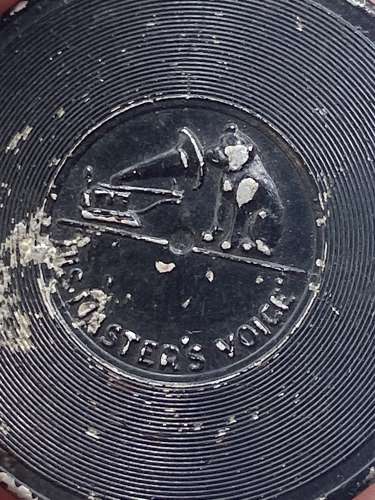 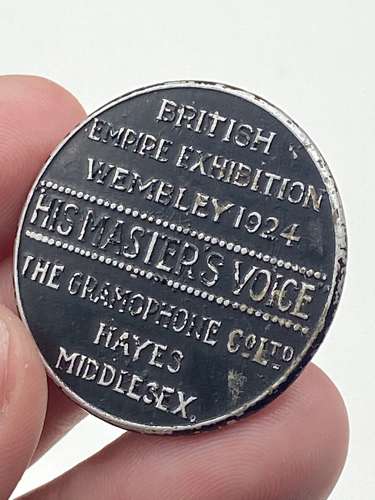 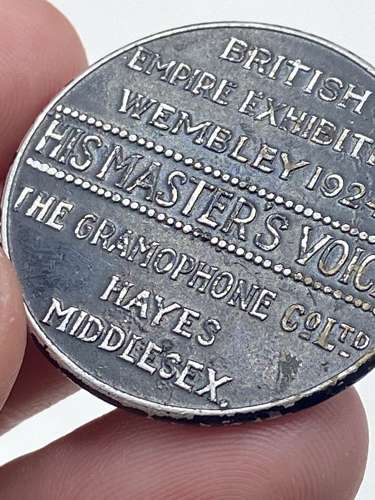 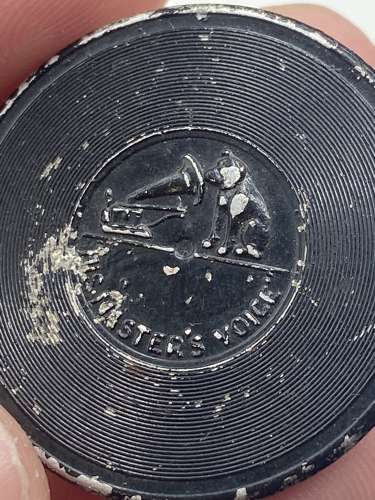 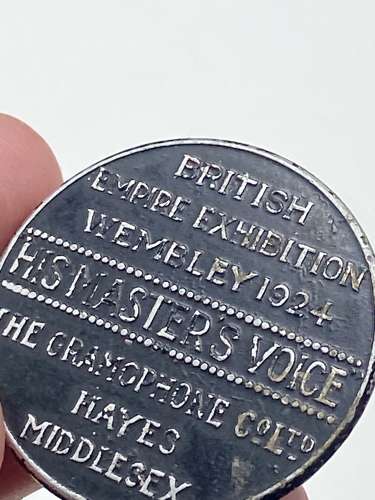 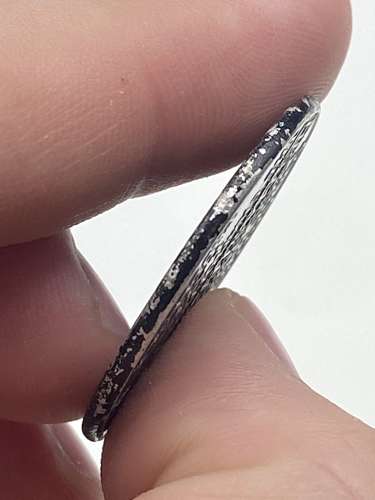 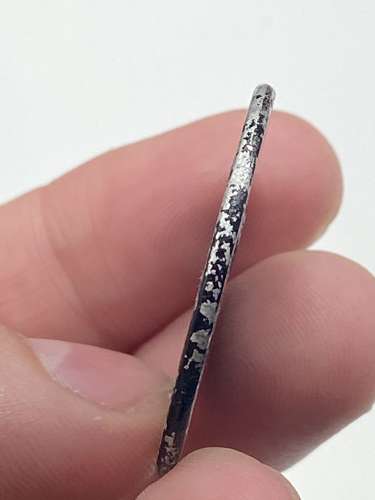 On one side of the token it states:

On the other side of the token it states:

His majesties voice, with an illustration of the dog and a gramophone.

Commemorative token made in 1924 and sold/ given out at the British empire exhibition, measuring approximately 3cm diameter, made to look like a vinyl record.