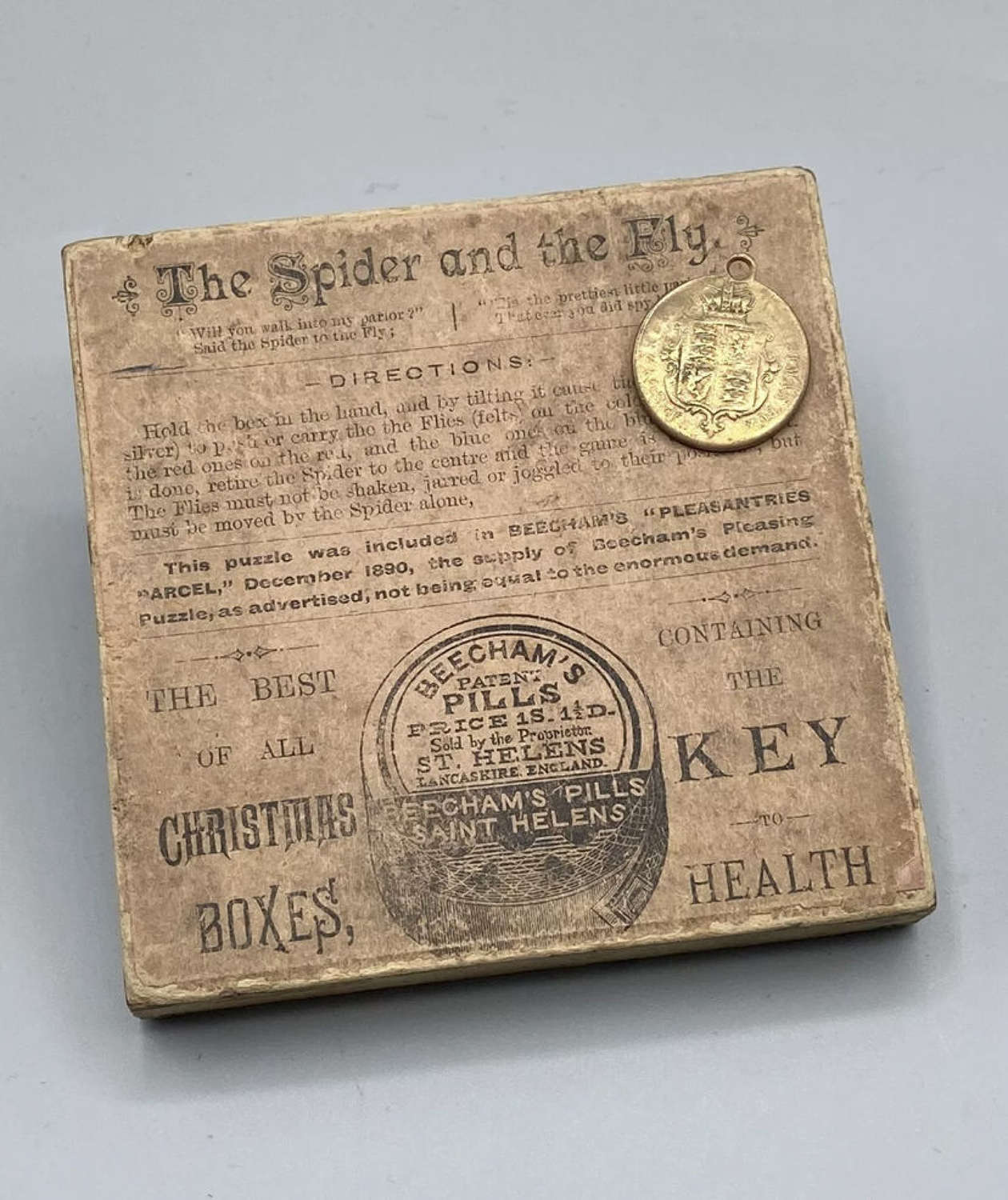 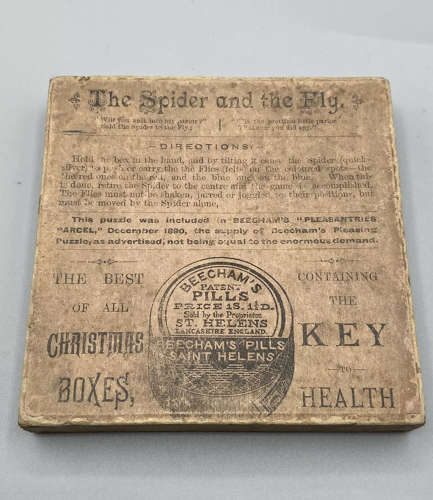 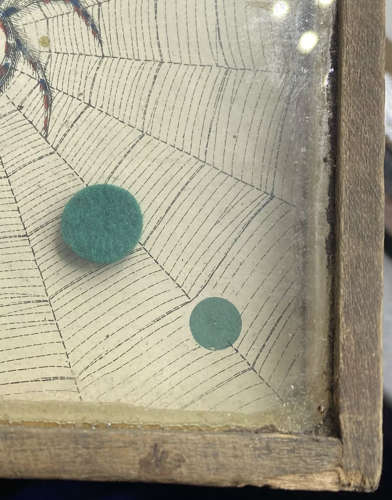 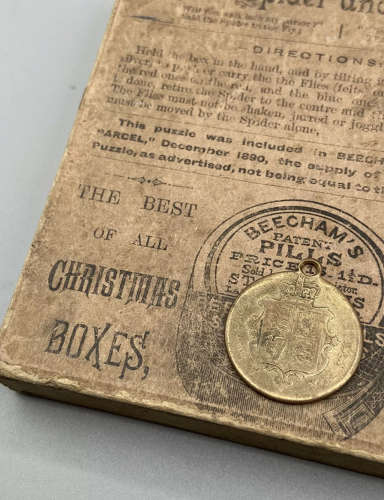 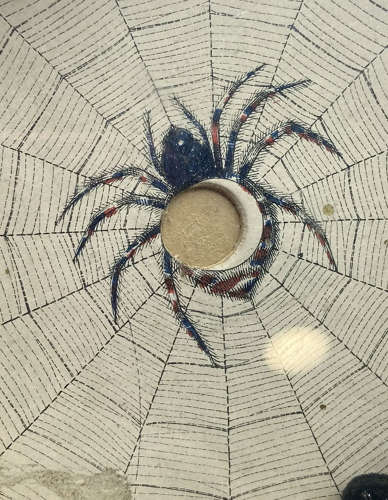 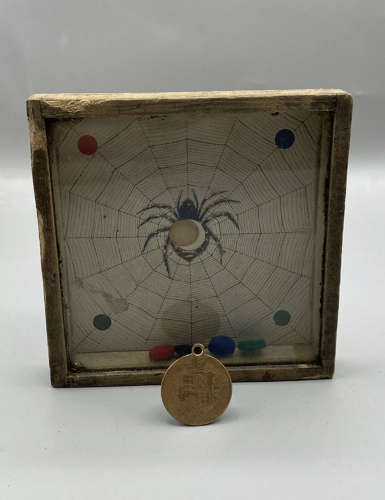 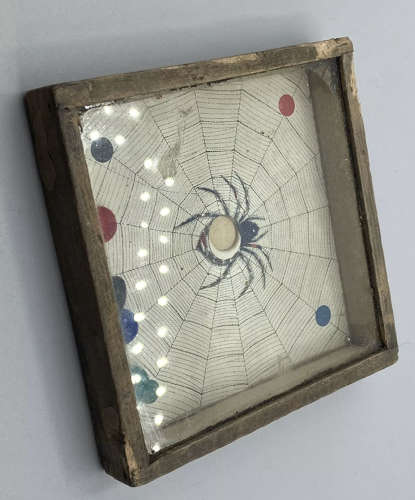 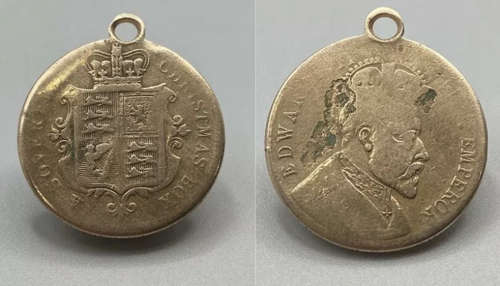 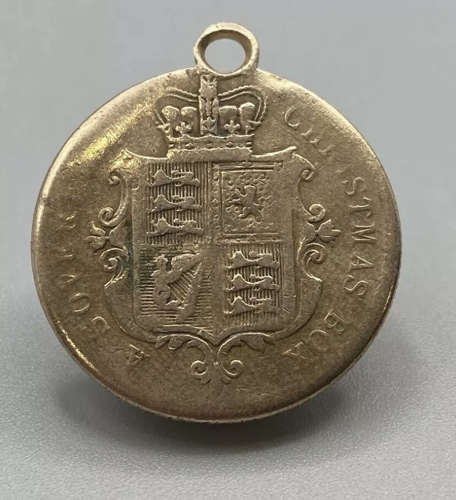 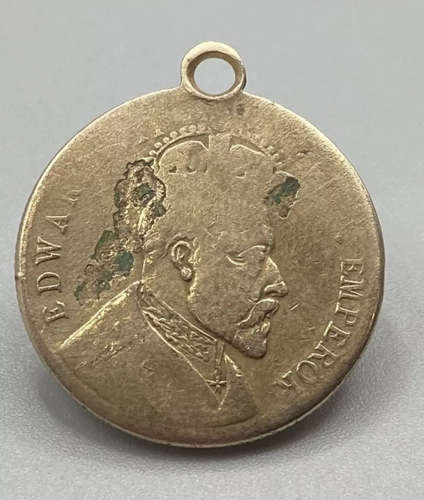 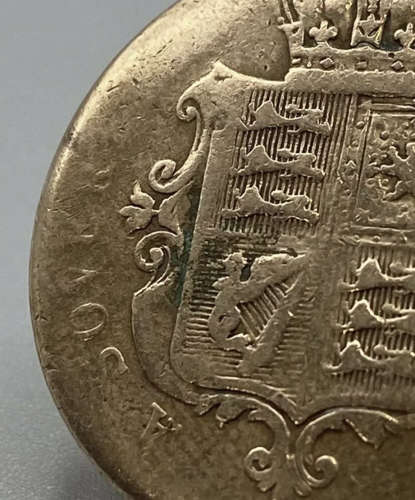 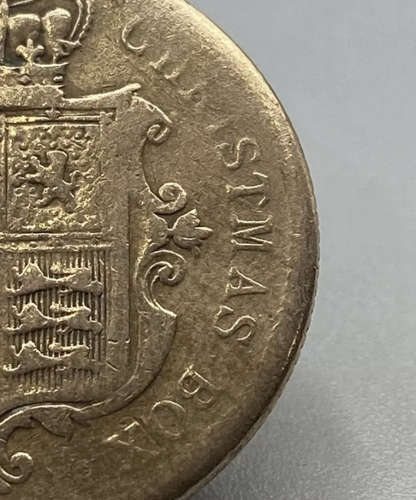 For sale is an exceptionally rare Pre WW1 British Homefront ‘Beecham’s Pleasantries Parcel Of December 1890’ partial Contents. Sadly the only two pieces from these parcels I have been able to hunt down. From 1880s to 1915 Beecham produced a pleasantries parcels that contained a range of goodies for the orphanages.

The back of the game states:

“The spider and the fly will you walk into my parlour said the spider to the fly is the prettiest little parlour that ever you did spy.” Directions who books him in the hand and by tilting it cause the spider quicksilver to sure carry the flies felt on the coloured spots the red ones on the red and the blue ones on the blue when this is done retire the spider to the centre and the game is accomplished the flies must not be shaken showered or joggled to their positions but must be in the mood for the spider alone. This puzzle was included in Beechams pleasantries parcel December 1890 the supply of Beechams plus leasing puzzle as advertised not being equal to the enormous demand. The best of all Christmas boxes, containing the key to health. Beechams Peyton pills price 1S.1/2 day sold by the proprietor Saint Helens Lancashire England Beechams pills Saint Helens.”