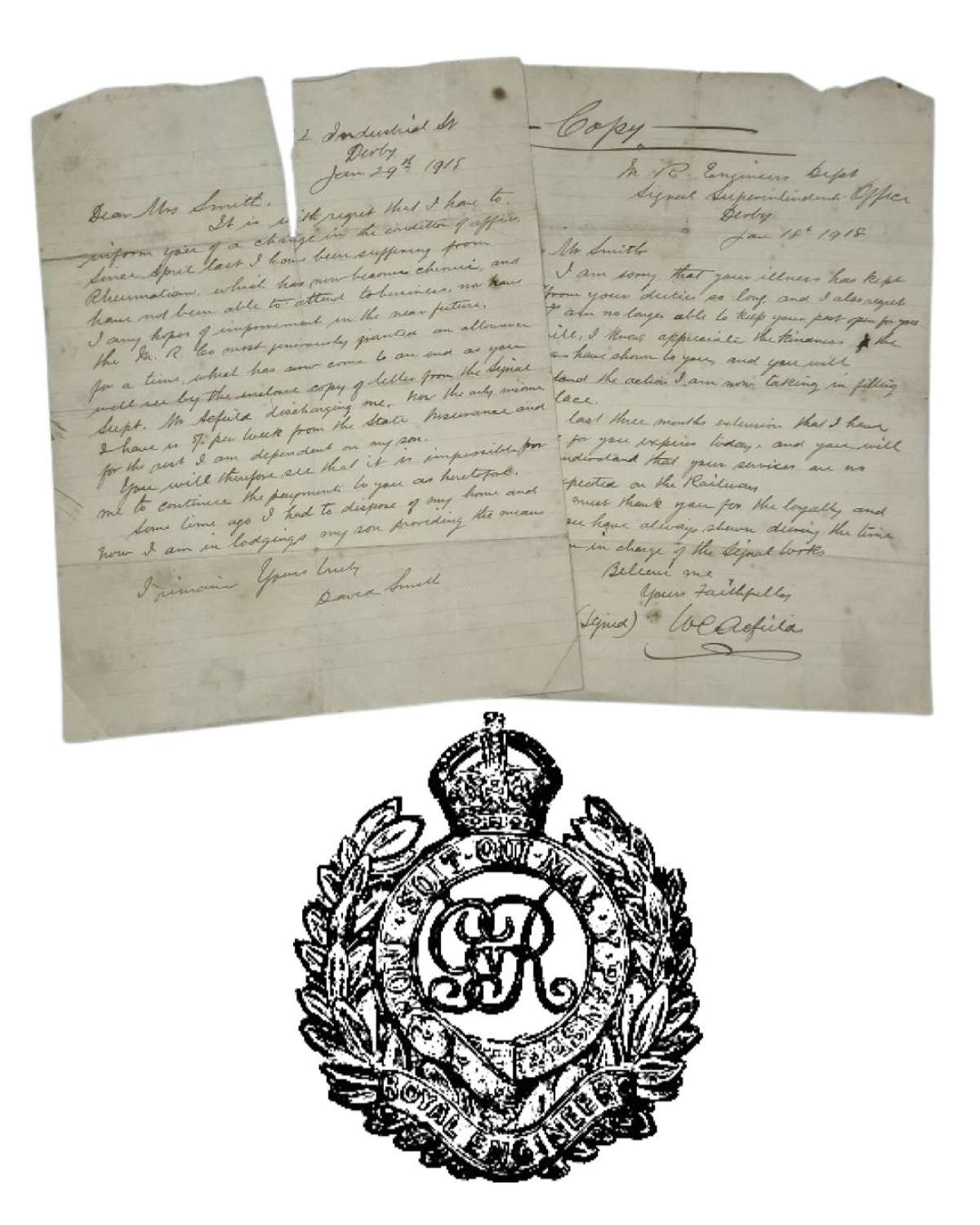 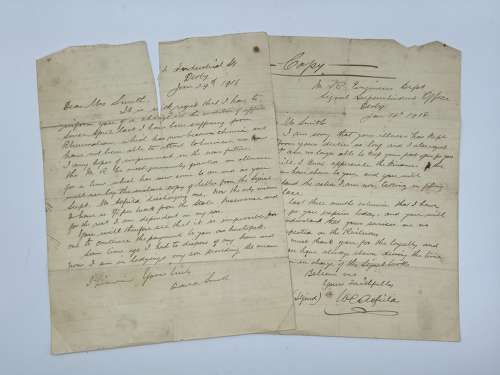 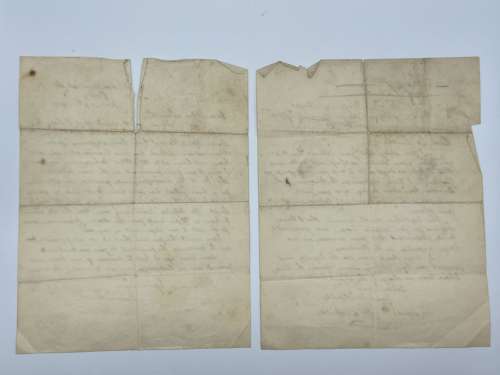 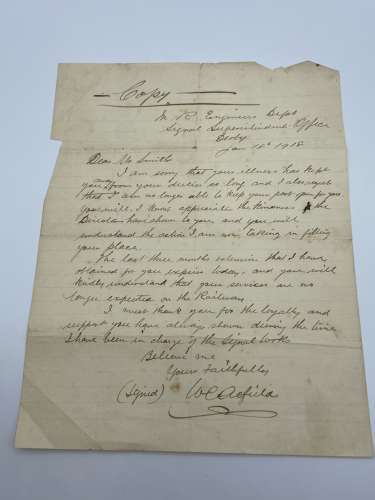 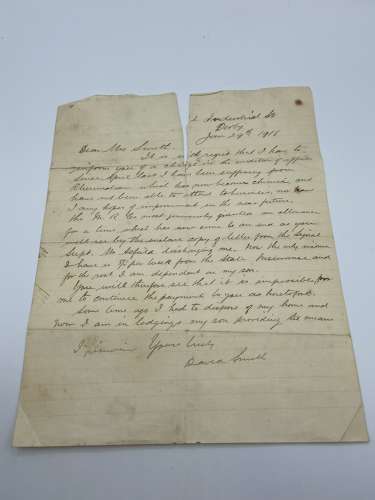 For sale are a pair of a WW1 letters dated 18th January 1918 and one dated the 19th January 1918. The letters are between mrs smith (Paul smith) and hey boss in the Royal engineers department signal superintendent office Derbyshire. Mrs smith has written to her boss saying that she’s been diagnosed with Rheumatoid which is chronic and so far taken three months of work, that she’s lost her house and has now moved in with her son and has nothing left. The following day the superintendent replies saying “I am sorry put your illness has kept you away from your duties so so long, and I also have to admit that I am unable to keep your post open for you no longer, in which I have found somebody to take your place. The last three months exclusion that I have obtained for you explains widely, and you will kindly understand that your services are no expected on railway. So I must thank you for the loyalty and support you have always shown me during the time I have been in charge of the signal Lorie, believe me yours faithfully. This is a great little historical record, and really shows you that people had time for each other back then. If your a collector of Derbyshire railwayarna of its military history this is the piece for you. This will be sent via 1st class signed for and dispatched within two to three working day’s.