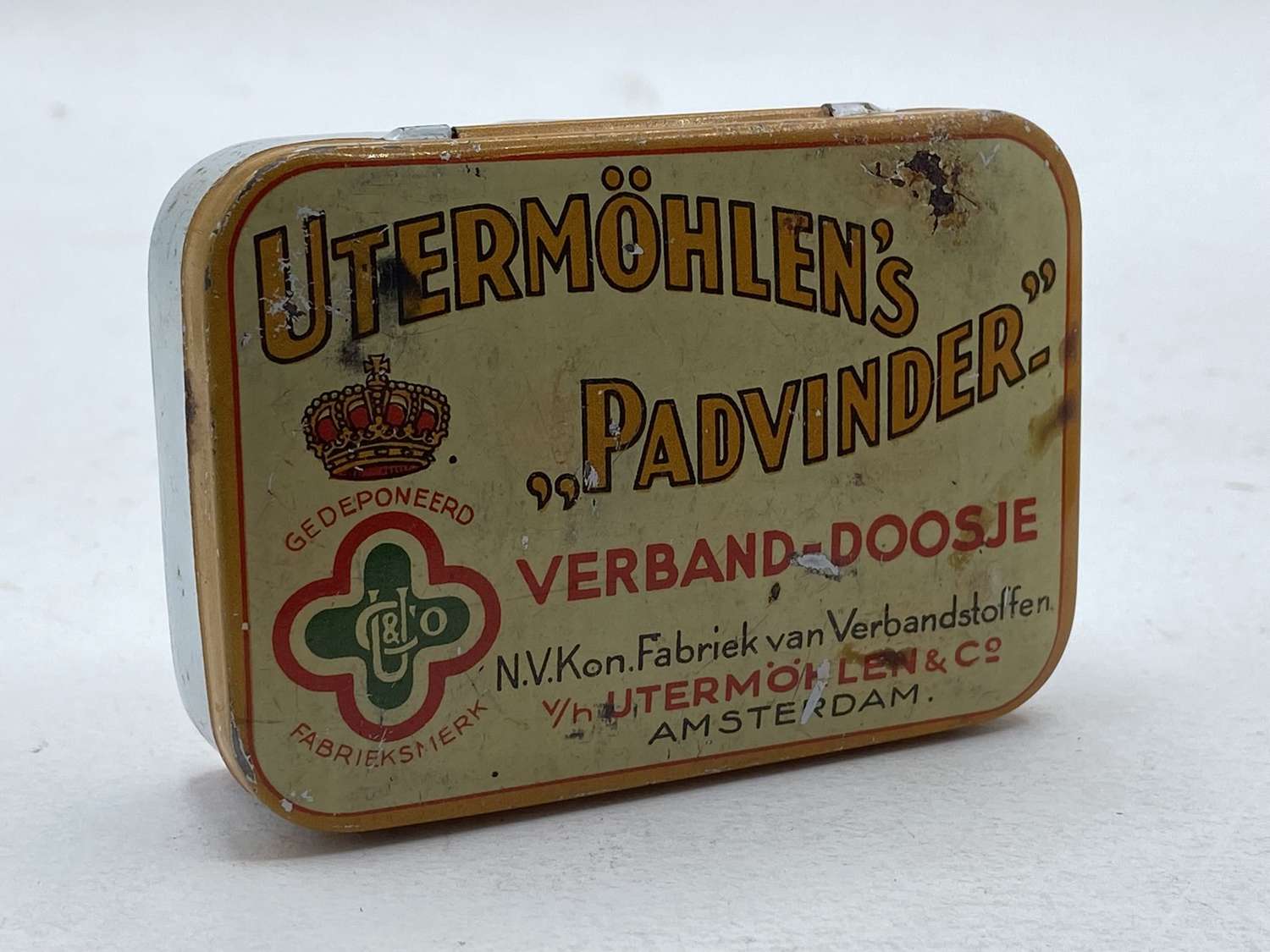 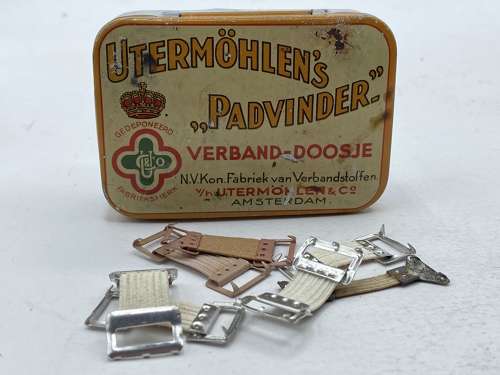 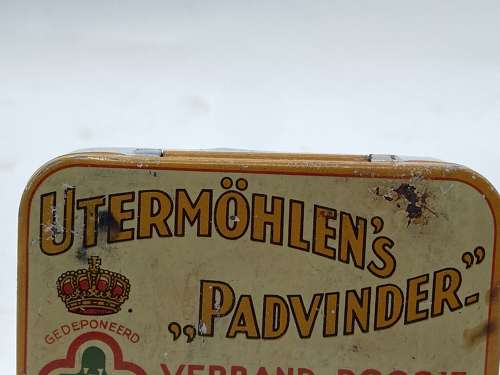 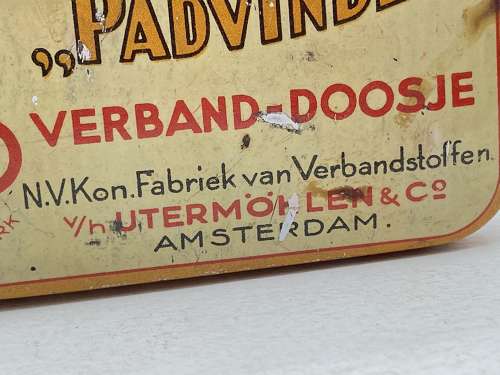 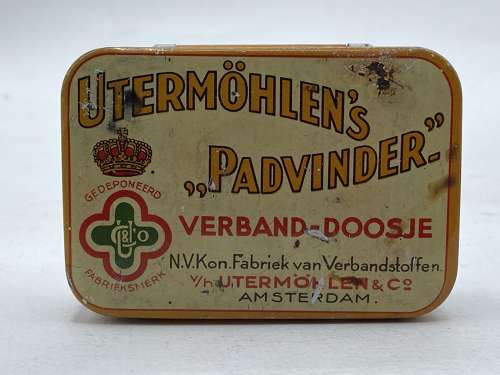 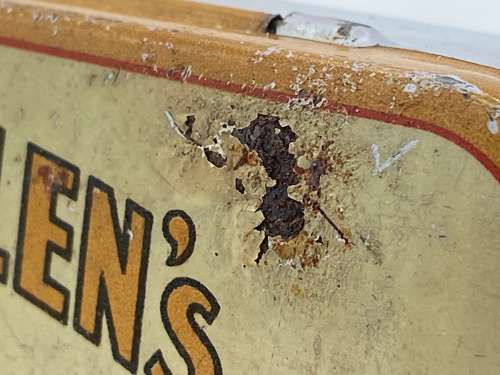 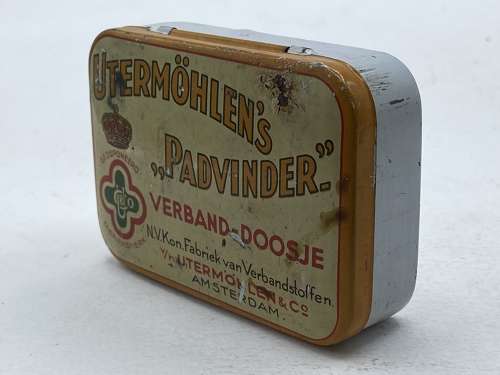 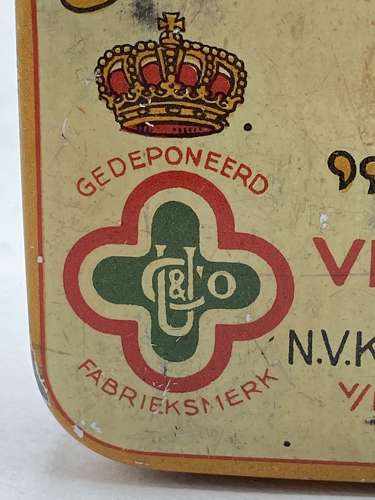 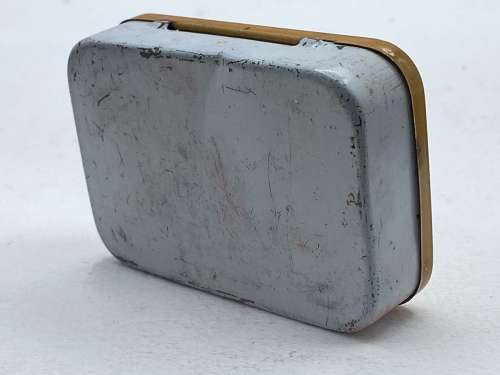 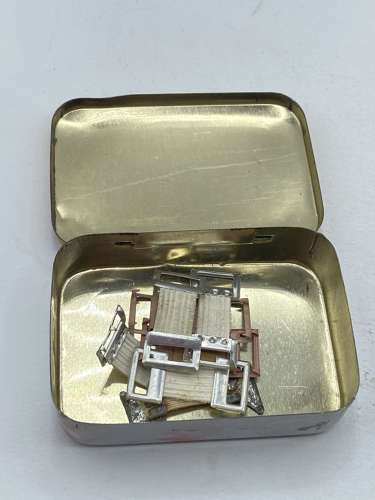 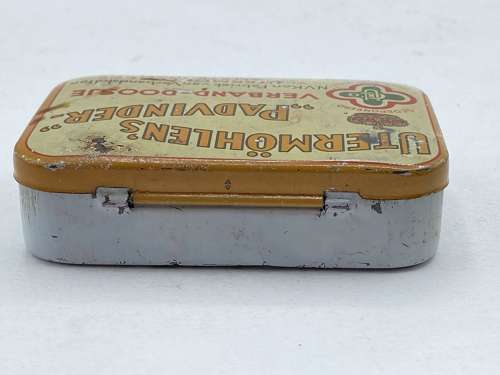 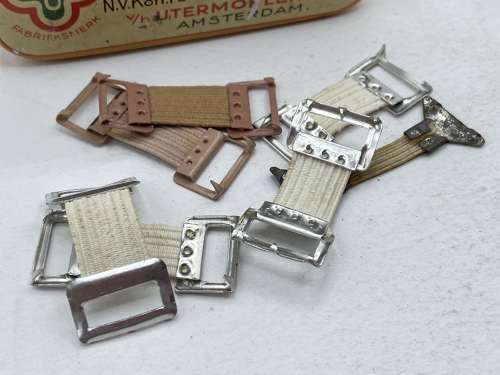 £34.00 Approx $41.16, €39.44, £34
(1 in stock)
Qty
For sale is a Rare WW2 1930s Dutch Netherlands First Aid Tin & Partial Contents. The word “Padvinder” illustrated on the front of the tin means “Scouts”, this tin was produced for scouts in the Netherlands during the 1930s and 1940.
History of the Netherlands scouts:
Scouting for boys was started in the Netherlands in the summer of 1910 when the first Scout troops were formed in a few cities. Scouting started about a year later for girls. Dutch Scouts were among the founding members of World Association of Girl Guides and Girl Scouts in 1928 and also among the charter members of the World Organization of the Scout Movement in 1920.
On 7 January 1911 the first national organisation was founded, the Nederlandsche Padvinders Organisatie (NPO, Netherlands Pathfinder Organisation). They merged with the Nederlandsche Padvinders Bond (NPB, Netherlands Pathfinder Federation) on 11 December 1915 and became known as De Nederlandse Padvinders (NPV, Netherlands Pathfinders). In 1933 some Scout Groups broke away from the NPV to form the Padvinders Vereniging Nederland (PVN, Pathfinder Association the Netherlands), because difficulties concerning the Scout Promise arose. The difficulty was that boys who recognised no god still had to promise "To do my duty to God and my country". The Scout Groups found that one grew hypocrites this way. The NPV and the PVN almost reunited in 1940. The PVN was not refounded after World War II. Although the NPV was open to boys of all religions, a Roman Catholic organisation was founded in 1930, the Katholieke Verkenners (KV, Catholic Scouts). First inside the NPV, but after 1938 as a separate organisation. After World War II the Roman Catholic Church wanted to merge all Roman Catholic youth organisations. After negotiations the Katholieke Verkenners were allowed to go on as Verkenners van de Katholieke Jeugdbeweging (Scouts of the Catholic youth movement). The Katholieke Verkenners became a separate organisation again in 1961.
Girls got their first own organisation in 1911, Eerste Nederlandsche Meisjes Gezellen Vereeniging (E.N.M.G.V., First Dutch Girls Companions Society), but this organisation never got many members. Girls had also been member of the NPO but the NPV was boys only. On 16 January 1916 the Het Nederlandsche Meisjesgilde (NMG, Dutch Girls Guild) started, which later changed its name to Het Nederlandse Padvindsters Gilde (NPG, Dutch Girl-pathfinders Guild), followed in 1945 by the founding of a separate Catholic organisation, the Nederlandse Gidsenbeweging (NGB, Dutch Guide Movement), which later changed its name to Nederlandse Gidsen (NG, Dutch Guides).
During World War II all Scouting movements were prohibited and officially dissolved in the Netherlands, because the organizations refused to merge with National Youth Storm, the Dutch-Nazi-youth organization. Still, many continued their activities secretly. After the end of the war, Scouting again became very popular and therefore many of the current local Scout Groups in the Netherlands were founded in 1945 or 1946.
This is guaranteed original or money back, and makes a great Dutch/ german wartime first aid kit filler or a HomeFront pharmacy display. This will be dispatched via Royal Mail 1st class signed for and dispatched within two working days.