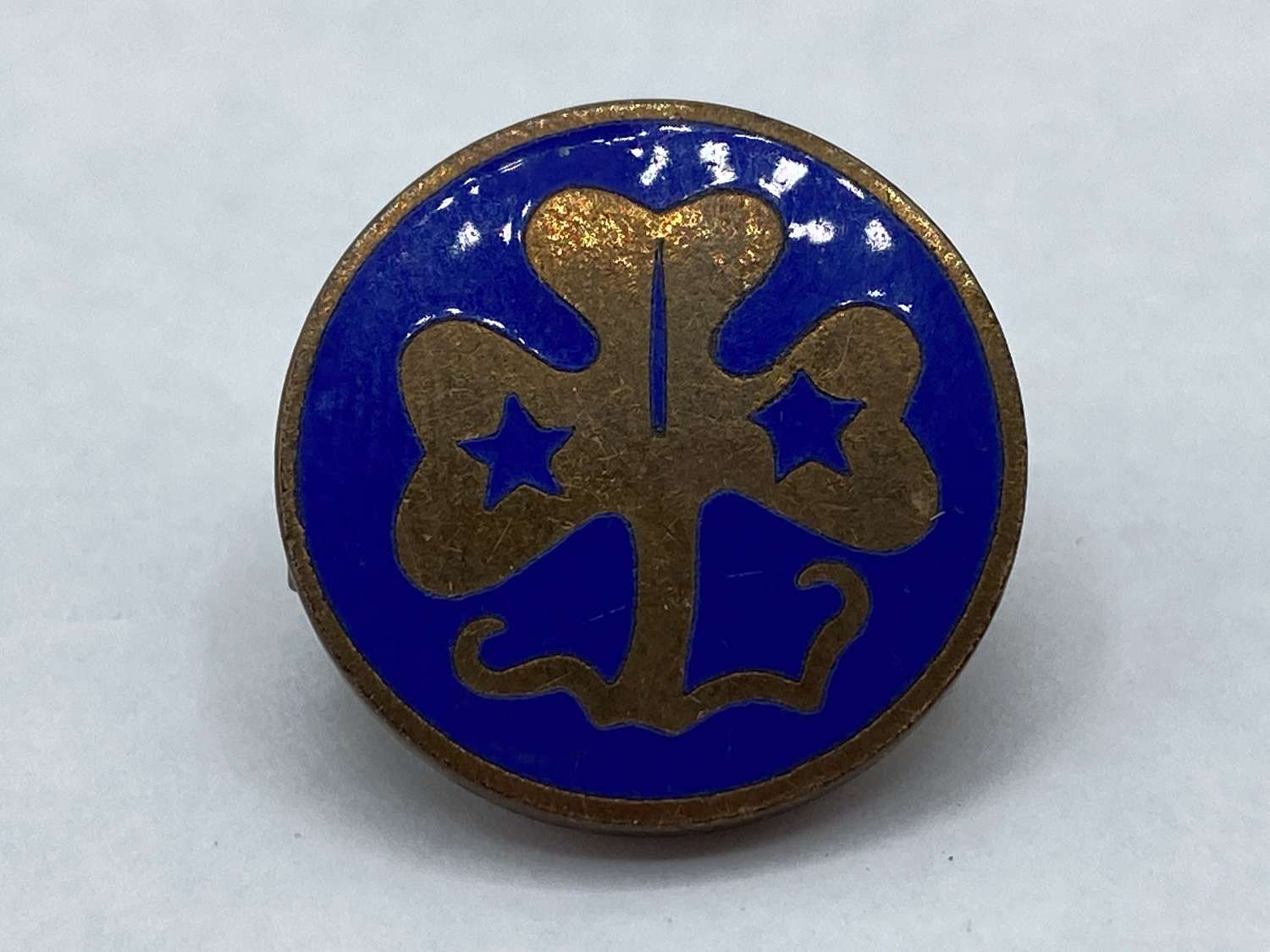 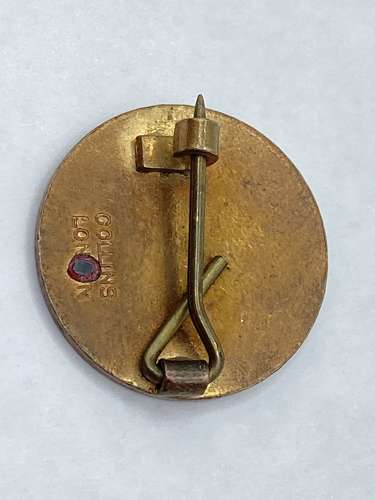 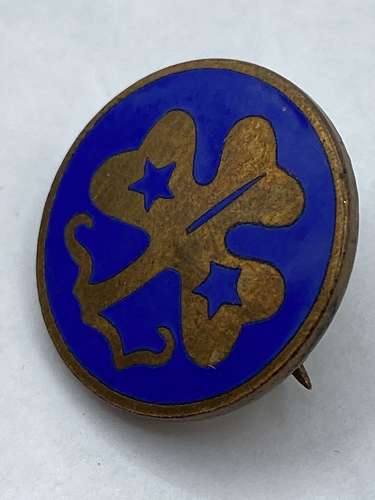 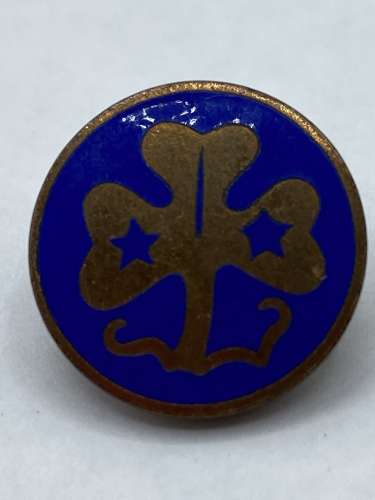 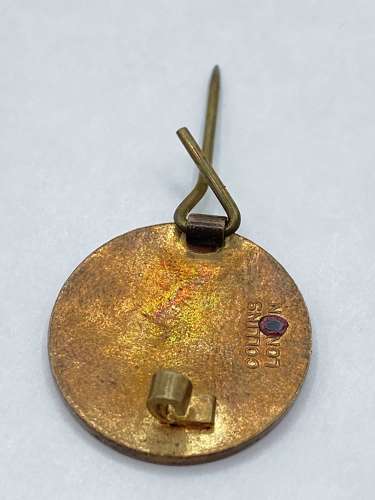 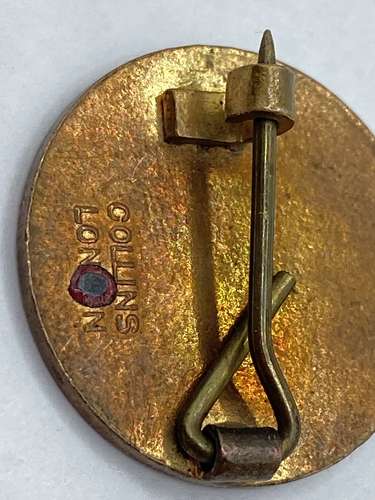 For sale is a WW2 1940s British Homefront Girls Guides Membership Badge By Collins London. This badge is in good condition, no enamel missing. This will be sent via 1st class signed for and dispatched within two working days.

History of the girls guides during Ww2:

Guide service in World War II actually started 'before the beginning' - throughout the 1930s, but especially building up in 1938, and into 1939. Unlike the previous war, which had broken out comparatively unexpectedly, there wasn't such an element of surprise that war broke out again in September 1939, as tensions had been building steadily across Europe throughout the mid-late 1930s, and various events had occurred during the 1930s which increased the risks. Although everyone comtinued to hope (and pray) that war might be averted, it had started to become increasingly unlikely that an effective peace could be negotiated, so whilst hoping for the best and encouraging positive attitudes amongst Guides and Rangers, headquarters also urged Guiders to continue to train their Guides thoroughly with skills such as first aid, signalling, cooking and self-reliance, the key skills they would need if the worst happened, but which would be useful even if it did not. Things first came to a head in September 1938, with the invasion of Czechoslovakia leaving war seeming imminent - until the British Prime Minister brought back the famous 'piece of paper', which he had negotiated with the German government, and which appeared to guarantee peace.

Thus it was, that as early as September 1938, Guides were heavily involved in assembling and issuing gas masks to the public, older Guiders and Rangers were encouraged to register with the government as volunteers for war work as part of their national service, and Sea Rangers from London and the surrounding Counties were recruited for the 'Thames Emergency Service', to serve as domestic crew and signallers on the small boats which could transfer injured people down the Thames from likely bombing target areas to the hospitals further downstream. Although the initial alarm in 1938 was averted, the tension remained constantly hovering in the background, and the UK remained on the alert for war to break out at any time. The following eleven months were, in a sense, almost a let-off, giving a valuable chance for everyone to fit in that much-needed extra training and preparation in case of war, which increasing numbers of people privately suspected must occur before long, for all that they tried to put a brave face on it in public. This was equally true in Guiding, where Guides were urged to brush up their skills, to study and practice the air raid precaution information, to carry their gas mask as part of their uniform, to take increasing responsibility for the running of their units in case their Guiders were called away to serve (most Guiders being in the age group who would be called up), and to make plans for what war service they could offer if they ever were called on to serve their country and community, as the Guides had been a quarter of a century before.

In the two days immediately before the declaration of war on 3 September 1939, as it became obvious that the piece of paper was not holding, the planned Government evacuation scheme for children was activated, whereby children in urban areas gathered at their schools and were sent by specially chartered trains to 'destinations unknown' somewhere in the country. These evacuees were to live in rural towns and villages for the duration of the war, as it was (correctly) thought that urban areas were likely to be targets for civilian bombing. Guides were involved in meeting trains and escorting the groups of schoolchildren, and the young mothers with infants, to the village halls where local families would choose whom to house to fulfil their quota. They also worked in making and serving refreshments to the weary travellers, some of whom had been en route for several hours, and in some cases been diverted during their journey as plans changed. Others still were involved in cleaning, repairing and furnishing empty houses, to provide overnight accommodation ready for batches of evacuees who were already on trains and heading their way.

An immediate consequence of the evacuation was that many urban Guide units found themselves reduced to just the rump of over-14s who had left school and started in full-time employment - whereas rural units who had long struggled to muster enough girls to run a couple of viable Patrols suddenly found themselves inundated with sometimes 40 or 60 Guides, all newly arrived and desperate to transfer in and carry on their Guiding where they had left off. Many of the Guiders who had volunteered for war work following the plea in 'The Guider' the previous autumn were called up to serve in the forces or civilian services within hours or days, often being sent to bases or factories far from home, and thus having to leave their Packs and Companies behind, as also happened with those whose workplaces were suddenly transferred out of central London to safer country locations 'for the duration'. This near-overnight absence of most Guiders left it up to the Patrol Leaders to keep their Company going - and often to run the local Brownie Pack too. The fact that so many units ran right through the war, despite the absence of any regular Guiders, indicates the success of the training the PLs had had. For, despite the disruption, it was important to maintain 'business as usual', in Guiding as in all other aspects of life, as far as could be managed.

Groups of Guides worked in communal shelters, running canteens, entertaining the crowds to try and take everyone's minds off what was going on outside, and giving first aid to any with minor injuries. Guides were involved in 'after the raid' squads, giving first aid to the walking wounded, and helping people to recover what furniture and possessions they could salvage from their bombed houses after the 'all clear' had sounded. They also started to teach 'blitz cooking', sometimes making meals for hundreds on open fires in bombed areas where no other cooking facilities existed. Mobile canteen vans were set up, staffed by Rangers and Guiders, able to travel quickly to bombed areas and serve hot drinks and food to the homeless and the emergency workers as soon as they arrived - and also to travel routes around the countryside delivering parcels of clothing, books and other comforts to soldiers stationed in lonely coastwatching or Observer Corps outposts, especially in winter - and often Patrols of Guides were there each night when the van returned, to wash the mountain of dishes and restock the supplies ready for the next day. Guides worked in canteens and rest centres, serving food, washing dishes and looking after young children. Guiders set up youth centres, to provide activity for teenagers who lacked occupation in the evenings, especially where parents were serving overseas or working long nightshifts in factories. Brownies and Guides were also involved in sewing and knitting garments for donation to the red cross, and to the forces serving overseas. Many of these had a special "From the Girl Guides" label sewn inside to indicate that they had been made and donated by Guides.