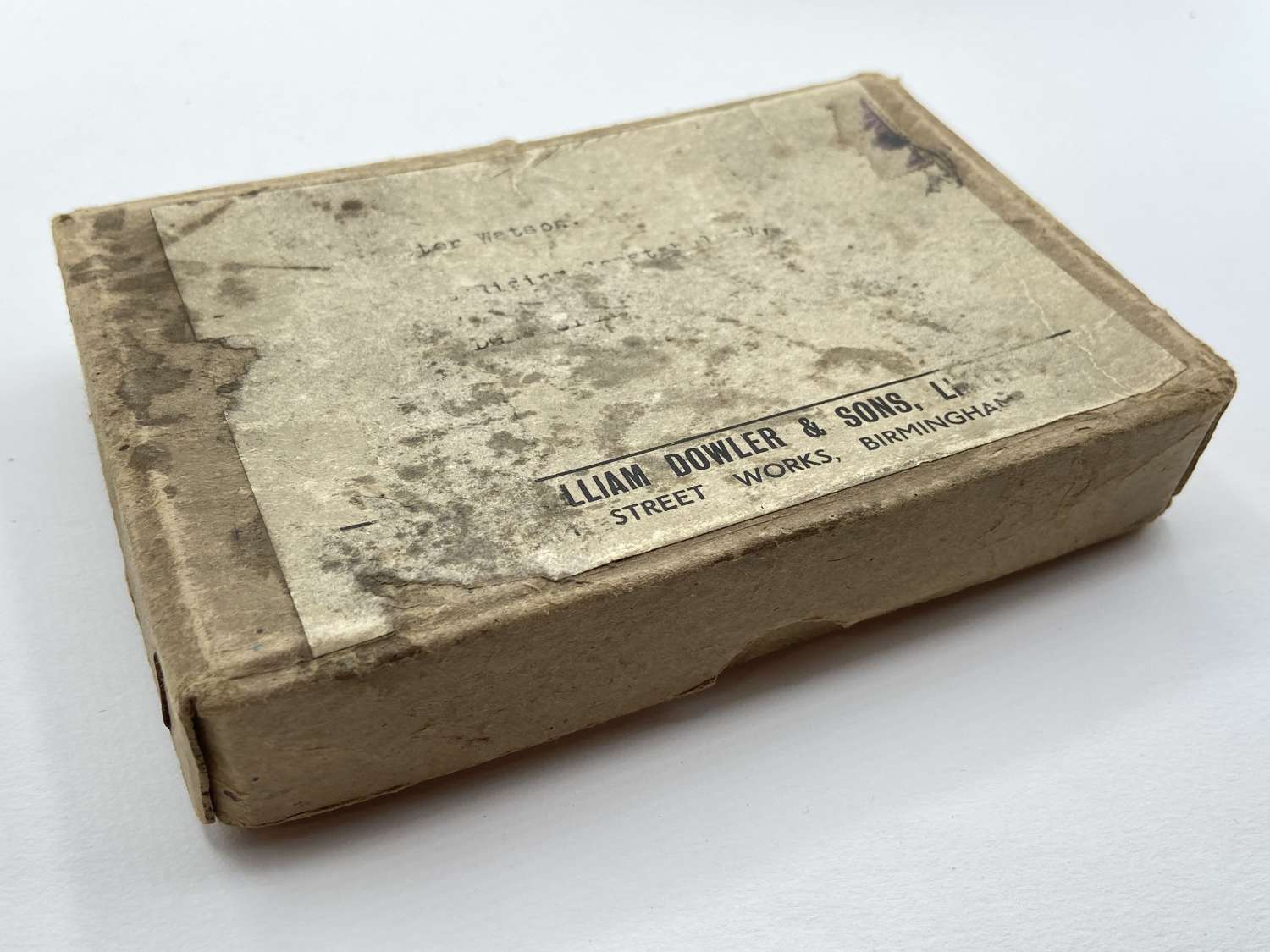 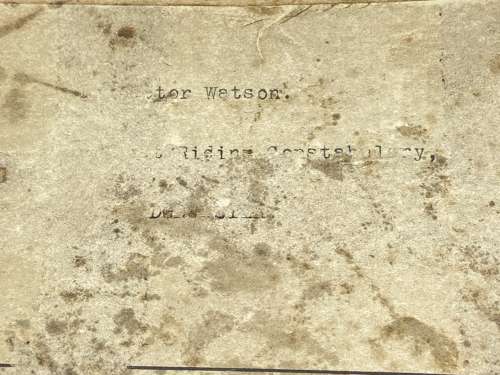 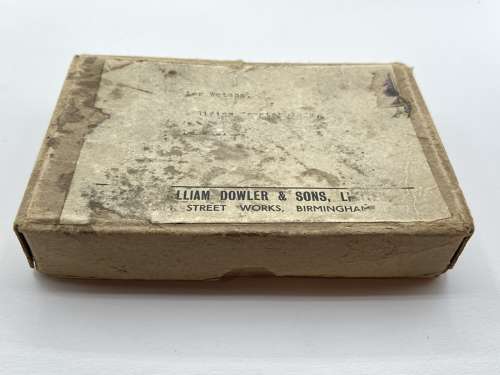 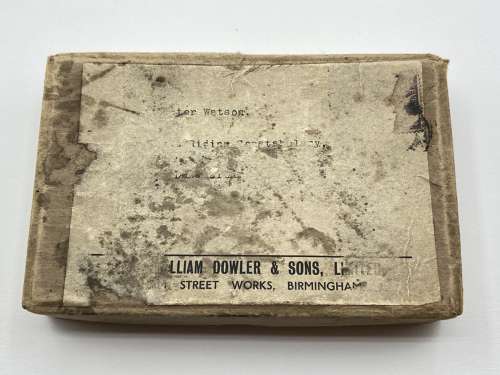 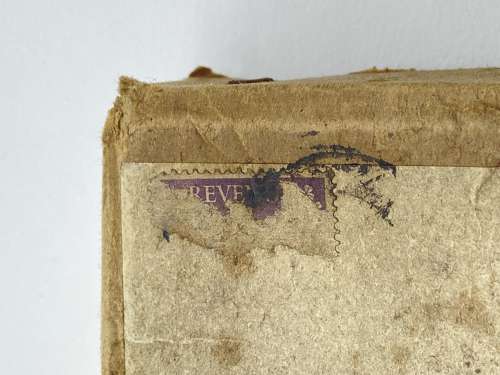 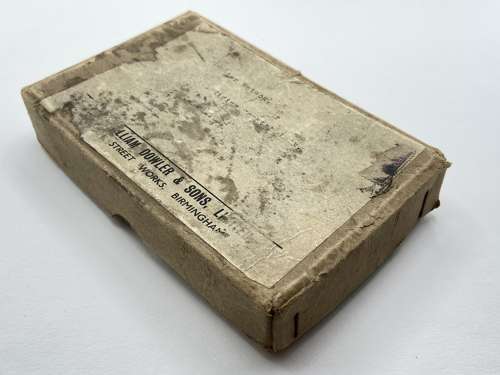 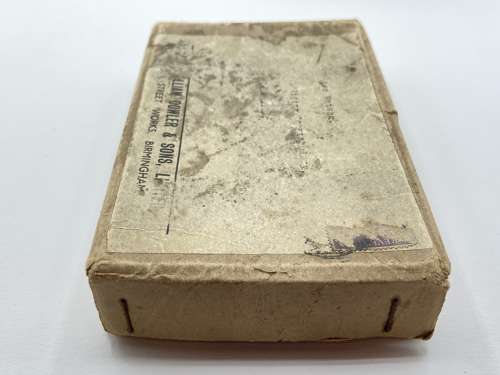 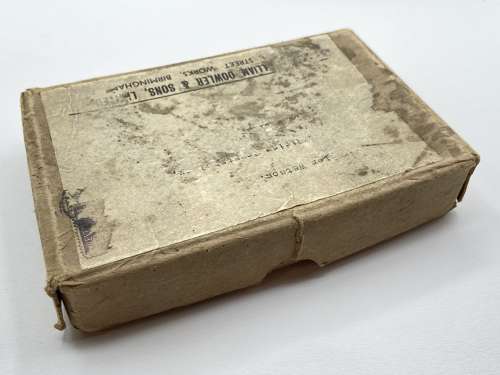 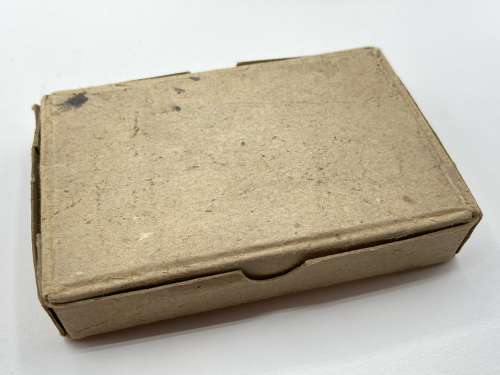 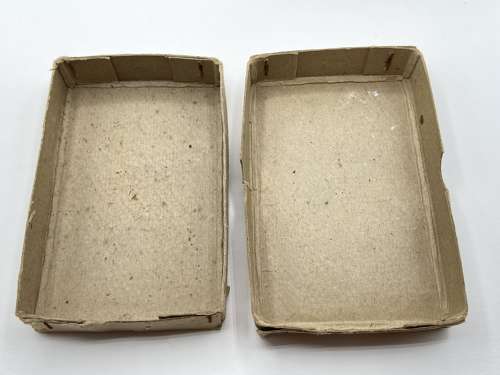 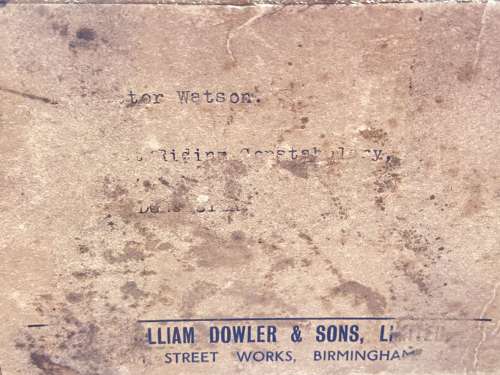 For sale is a WW2 1930s to 1940s period British home front, uniform supplies postage carton from “W Dowler & Sons Birmingham” to a mr Watson an officer serving with North Riding of Yorkshire Constabulary during the 1930s and 1940s.

W Dowler & Sons, Birmingham produced a number of uniform related items for the police-during the 1870s to 1940s.

Founded in 1744 in Birmingham, was a large-scale manufacturer of numerous goods, notably buttons, Vesta matches, hand bells, letter balances, swords, corkscrews and whistles. The Dowler family was engaged in the brass founding business since the late-18th century and had been making whistles since the early 20022s at least. In 1876, the company was named after William Dowler, following protracted legal fights concerning inheritance between the brothers George and William Dowler.

In 1870, a large fire that started at the vesta match-making department destroyed the factory, halting production for over half a year. The tragedy was well-covered by the newspapers at the time, as Dowler was one of only 20 Birmingham companies employing more than 500 workers.

The company was located at 91 Great Charles Street and later Graham Street Works (beginning in 1897). The button factory exists to this day as W Dowler & Sons Ltd. 11-15 Brearley Street, Birmingham 19.

Dowler was one of four large British whistle makers in the nineteenth century along with T Yates, James Dixon & Sons and J Stevens & Son, later joined by J Hudson & Co.

Dowler made several kinds of whistles, notably Beauforts & Cased Beauforts, as well as general service whistles (GSWs) and Porteous top GSWs. Dowler also made button whistles: escargot-type whistle with metal buttons or coins at the sides of the barrel. Though Dowler is mostly known such models, rare models attributed to him include the Hiat Registered Design of 1894: a combination of an escargot whistle with button sides and a beaufort with mouthpiece, sometimes referred to as Crest-top Beaufort.

The company subcontracted manufacturing to A De Courcy & J Hudson & Co. from about 1904 onwards.

Dowler was the largest supplier of Beaufort whistles to particular police-forces during the 1870s. From 1884 onward, GSWs became the main standard with most police-forces after J. Hudson & Co. won the contract for supplying the Metropolitan-Police in 1883. With rare exceptions, 19th century stamps bearing a specific Police-Force name were either made by Hudson or Dowler (Dowler being much more scarce).

This is a rare little postage carton, with some great history behind it, unfortunately the postage label is worn so please see photos for more details. This is an original Postage carton which dates to the 1930s, and would have transported whistles, badges Etc to the North Riding of Yorkshire Constabulary. This would make an excellent addition to a home front collection and display. This will be posted via 1st class signed for and dispatched within two working days.