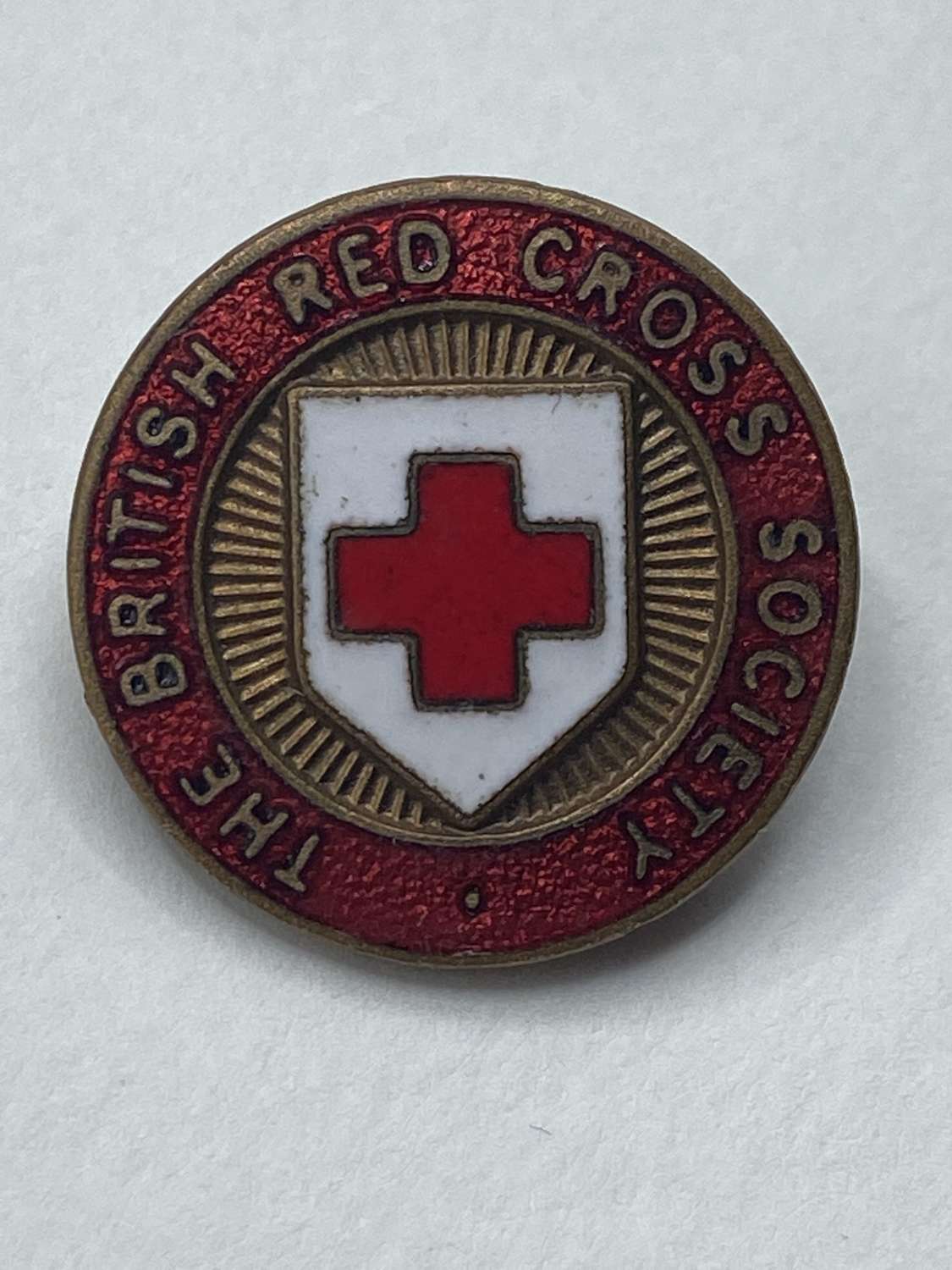 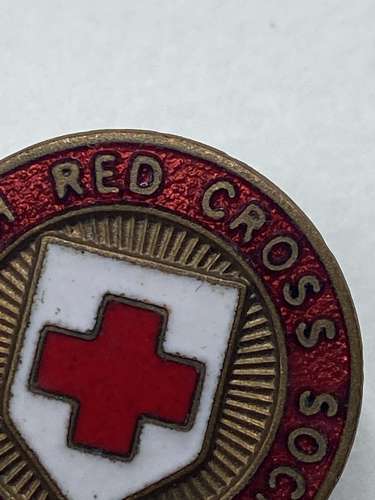 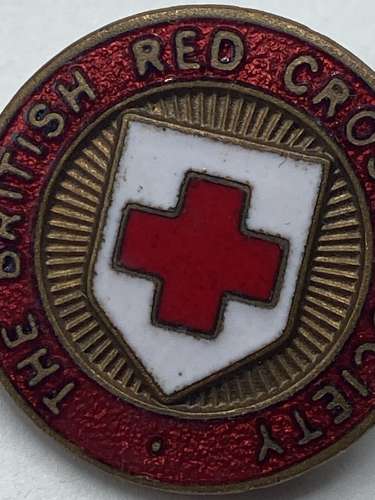 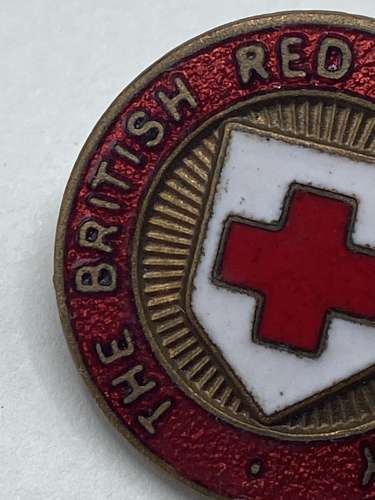 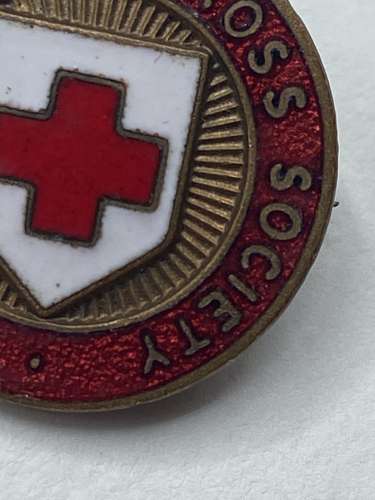 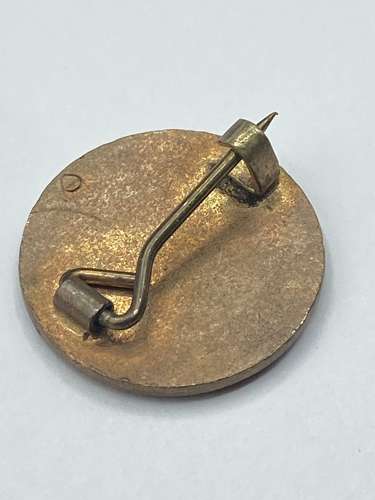 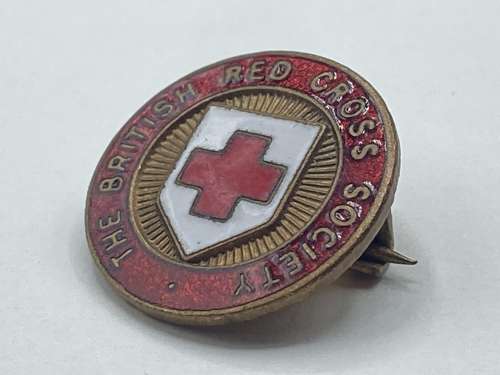 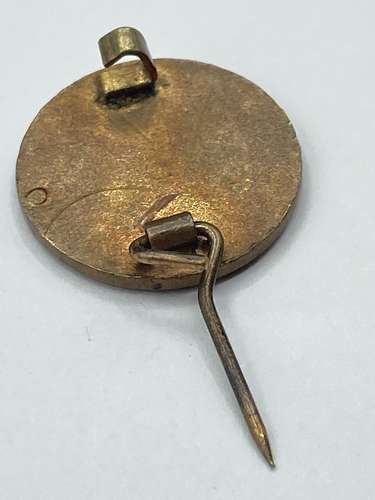 For sale is a WW2 Home Front & Army British Red Cross Society Enamel & Brass Membership Badge, these could be seen on members and supporters of the British Red Cross throughout the 1930s and 1940s in Britain and around the commonwealth.

The British Red Cross was formed in 1870, just seven years after the formation of the international movement in Switzerland. This followed the outbreak of war between France and Prussia, and a move across Europe to form similar societies. On 4 August 1870, after a public , the 'British National Society for Aid to the Sick and Wounded in War' was formed. It assisted in providing aid to both warring armies in the Franco-Prussian War and subsequent 19th century conflicts, under the protection of the Red Cross Emblem. In 1905, 35 years after its formation, the society was reconstituted as the British Red Cross Society, and was granted its first Royal Charter in 1908 by HM King Edward VII and Queen Alexandra, who became its president. First World War Following the start of the 'Great War' in 1914, the British Red Cross joined forces with the Order of St. John Ambulance to form the Joint War committee. They pooled resources and formed Voluntary Aid Detachments (or VADs) with members trained in First Aid, Nursing, Cookery, Hygiene and Sanitation. These detachments all worked under the protection of the Red Cross, working in hospitals, rest stations, work parties and supply centres.

The Joint War committee also provided assistance at the front line, supplying the first motorised ambulances to the battlefields, which were significantly more efficient then the horse drawn ambulances they replaced. The Joint War Committee was also active in setting up centres for recording the wounded and missing. Red Cross volunteers searched towns, villages and hospitals where fighting had occurred, noting names of the missing, the injured and the dead. This formed the basis of the international Message and Tracing service, still running today. Second World War After the declaration of war in 1939, the British Red Cross once again joined with St. John to form the Joint War Organisation, again affording the St. John volunteers protection under the Red Cross emblem. The organisation once again worked in hospitals, care home, nurseries, ambulance units, rest stations and more, much of which was funded by the Duke of Gloucester's Red Cross and St John appeal, which had raised over £54 million by 1946. The Red Cross also famously arranged parcels for prisoners of war, following the provisions of the third Geneva convention in 1929, which laid out strict rules for the treatment of PoWs. The Joint War Organisation sent standard food parcels, invalid food parcels, medical supplies, educational books and recreational materials to prisoners of war worldwide. During the conflict, over 20 million standard food parcels were sent.

In great condition, no enamel damage. The photographs make up part of the, I will describe the item the best I can and to the best of my knowledge. As the buyer please view the photos carefully before purchasing. Guaranteed original or money back. This will be sent via 1st class signed for if the value is under £60 and anything over will be sent via express 48 Parcelforce or Royal Mail special delivery and dispatched within two to three working day’s. Also happy to post world wide