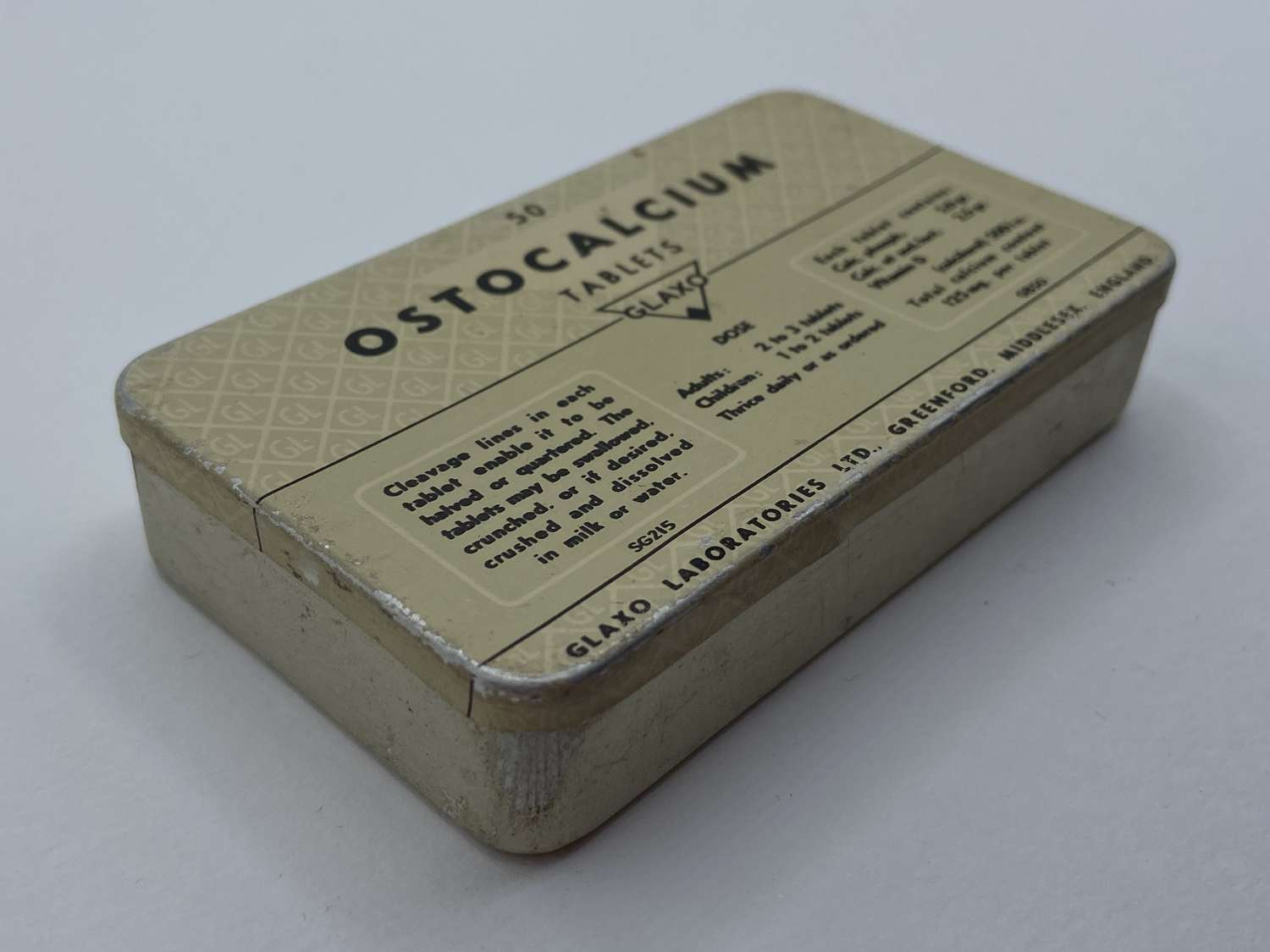 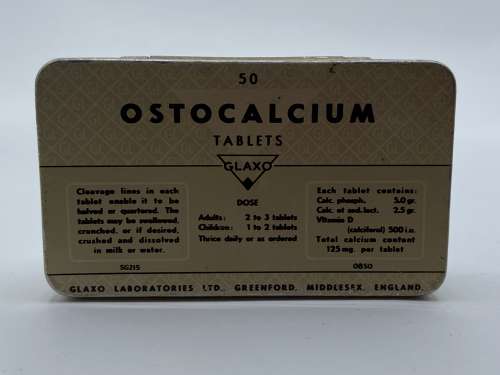 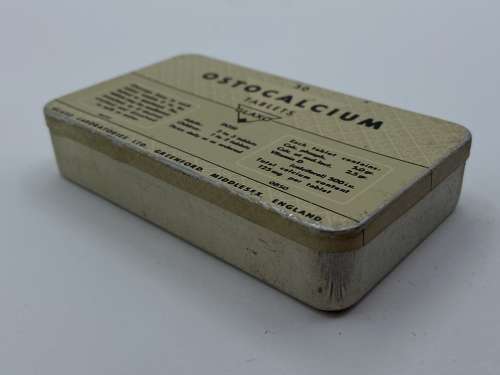 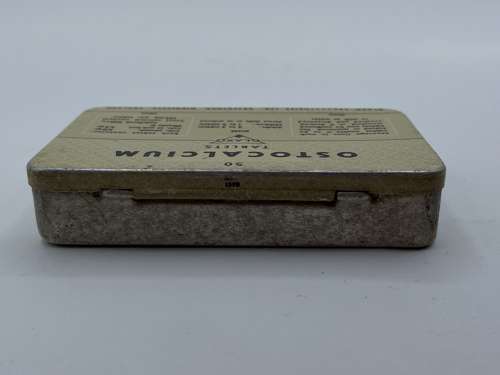 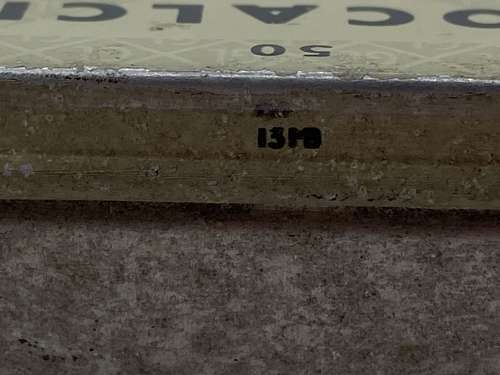 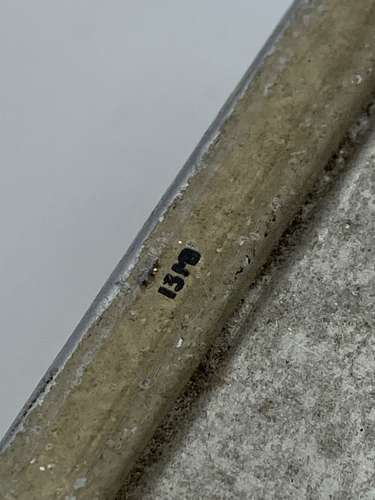 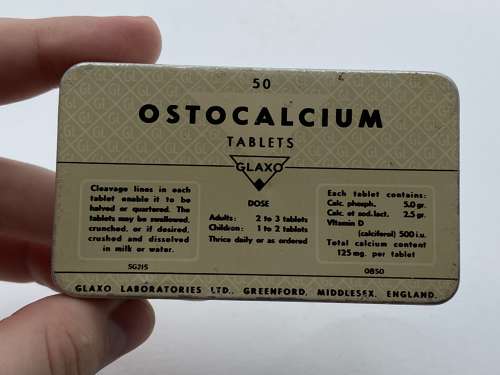 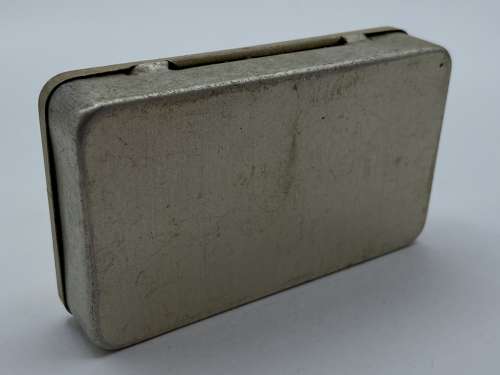 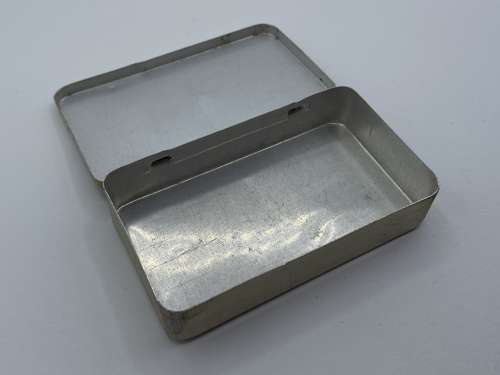 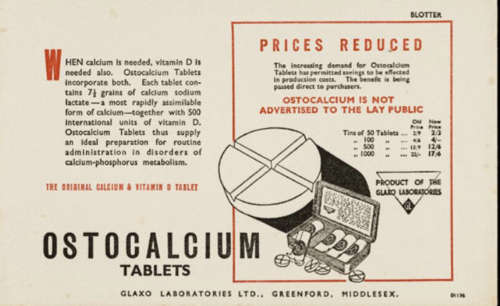 For sale is an original WW2 Period British Pharmaceutical Home Front Collectable that dates from the 1930s to early 1940s. This period pharmaceutical collectable is an empty Ostocalcium Tin. The final photograph shows an advert for the product from 1936, the tin is also marked 13MB (which stands for metal box) during wartime and early post war Britain).

Ostocalcium pills were taken by civilians and army personnel alike to help replenish calcium daily. It contained Calcium and Vitamin D which helped maintain bone strength. Which was important during war time Britain as rationing was taking place and people may not have been getting the nutrients and supplements they needed.