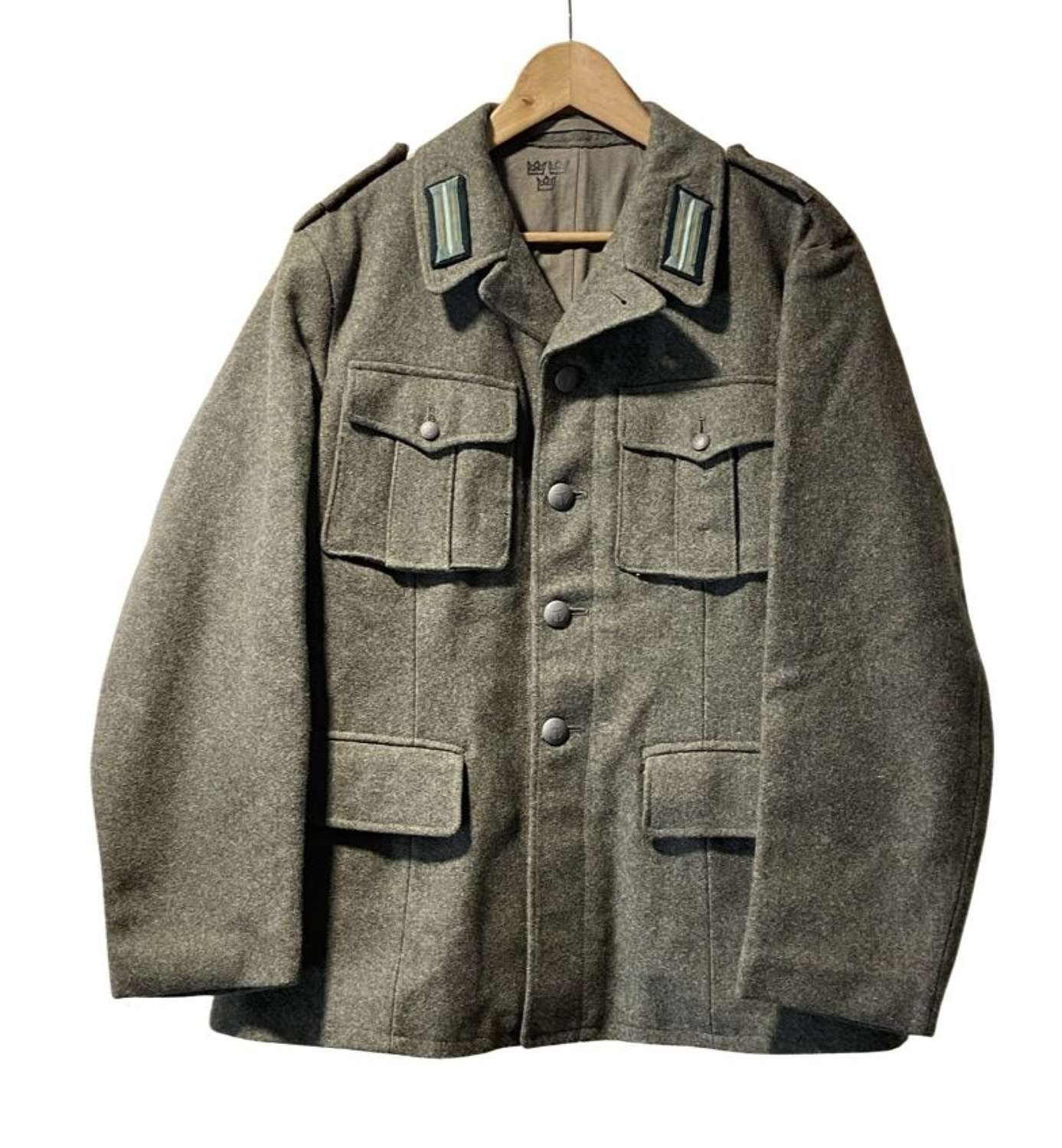 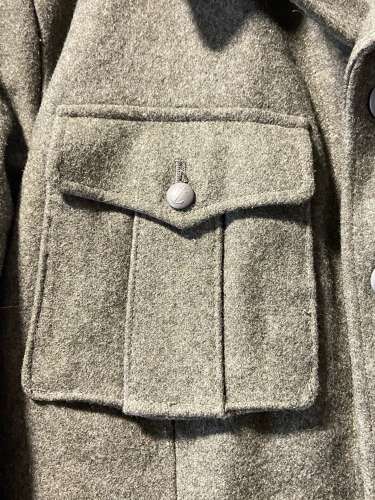 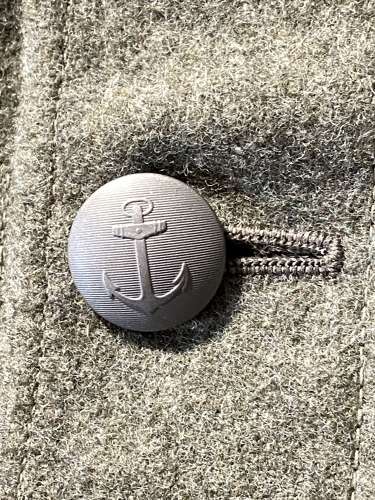 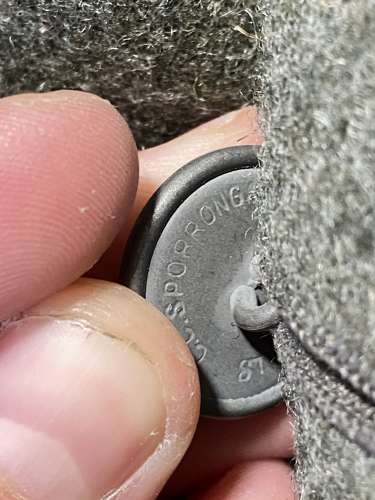 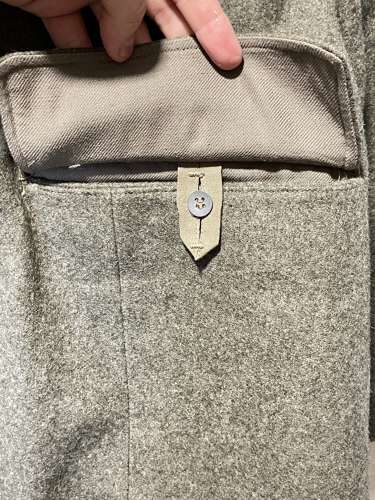 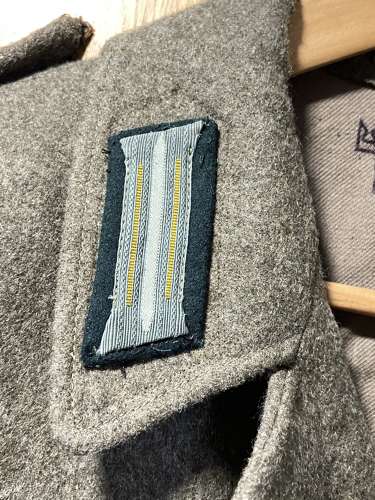 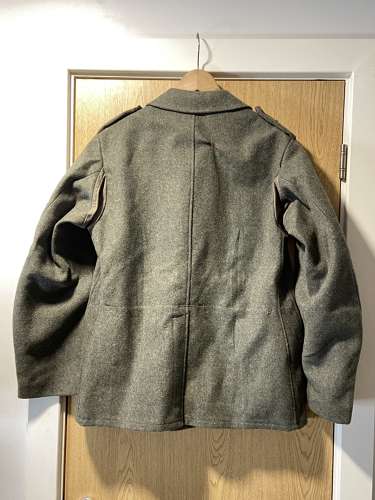 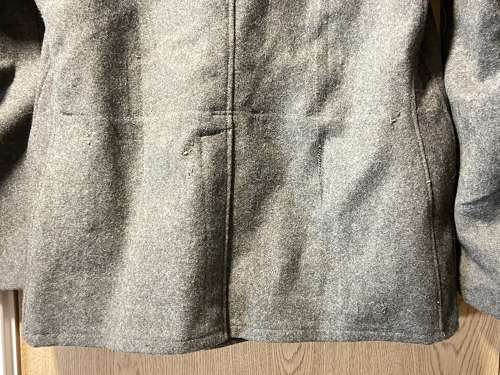 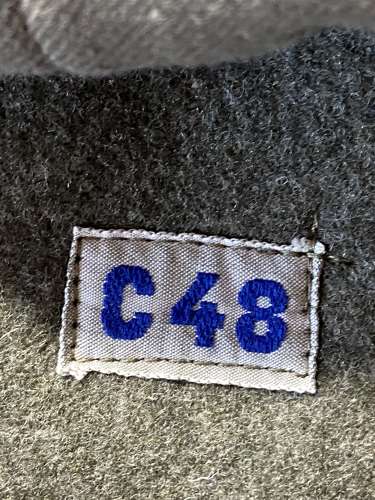 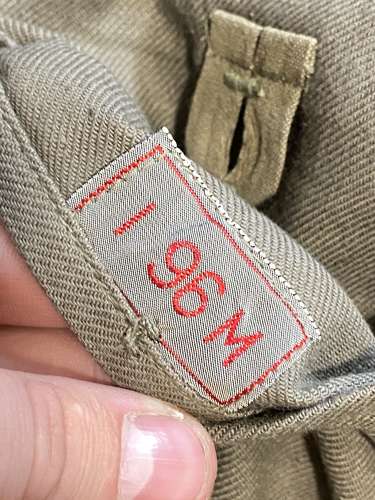 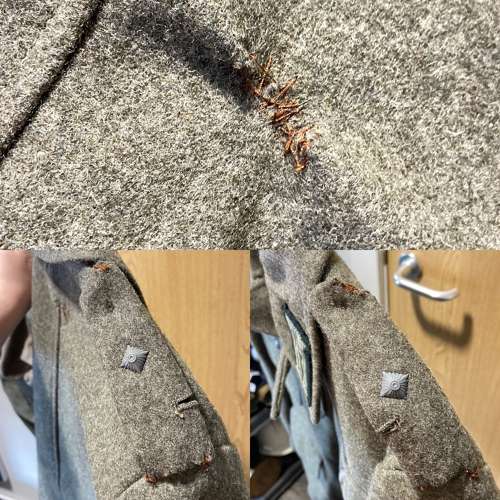 For sale is a rare WW2 Swedish Coastal Artillery M1939 Wool Tunic, with its original collar tabs and buttons. The buttons are maker marked “CC Sporrong & Co., Stockholm” and these buttons are lined with an anchor on centre. The tunic is also marked with the Swedish three crowns Emblem.

The Swedish company CC Sporrong & Co., Stockholm made buttons for Denmark, because the Swedes government between 1943-45 helped make a Danish brigade (DANFORCE) in Sweden. It was made up of exiled soldiers, seamen, Danes living in Sweden or from Danes that fled from Denmark to Sweden. It was officially a "police" force.... Equipped with mortars, machine-guns, artillery (75mm anti-tank

-guns) etc... This police force were suppose to be ready to liberate Denmark (especially Copenhagen). The operation was called "Rädda Danmark" (save Denmark). Swedish soldiers supported by the Danish brigade should cross Öresund and liberate Denmark. The operation called for the use of the Swedish armed forces - Navy, Air force and Army together with the Danish flotilla (the few war ships that escaped Danmark) DANFORCE and some Swedish air planes with Danish pilots. However the German forces in Denmark surrendered before the operation was put into action, and the soldiers of DANFORCE was shipped across to Denmark in the days after the 5-6th of May 1945 and became the "backbone" in the new Danish army together with the underground army and the freedom fighters.

Unfortunately there are three period repairs to this tunic, two altercations to both the shoulder Epaulettes, and one small repair to the back which can be seen in photograph 12.