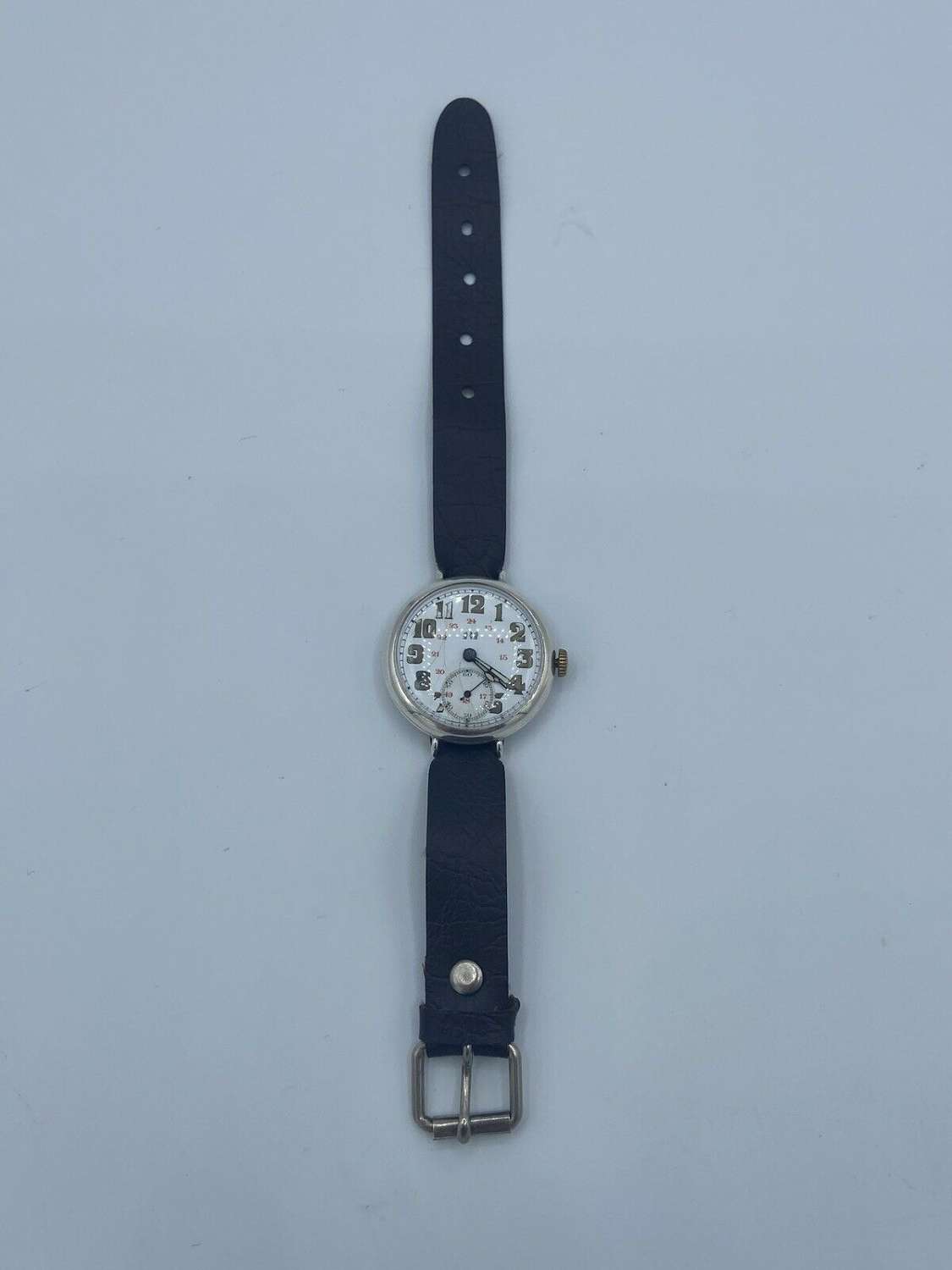 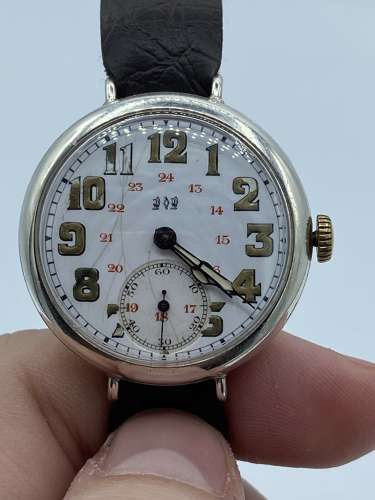 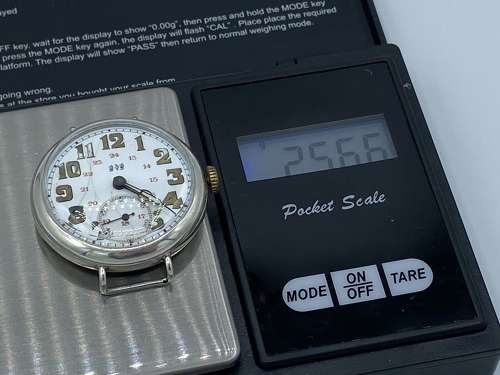 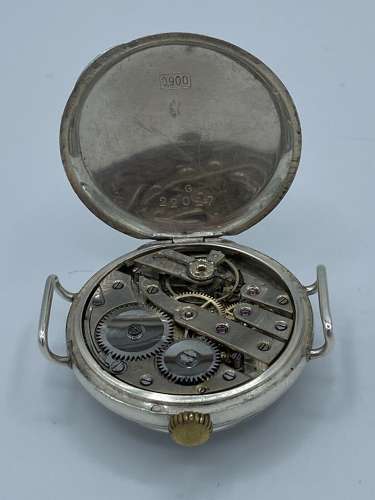 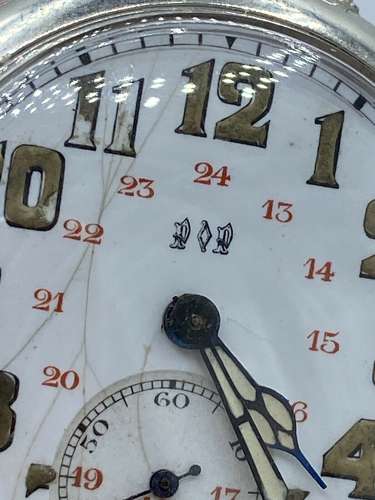 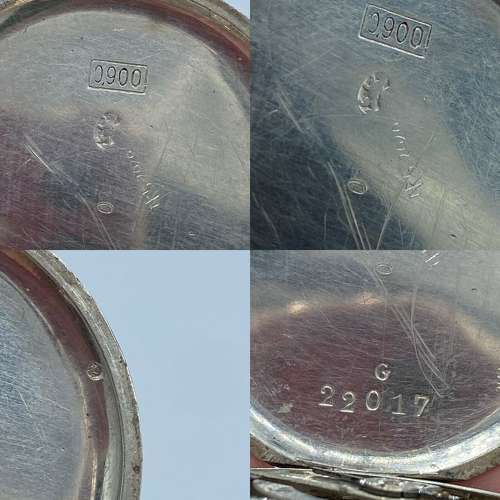 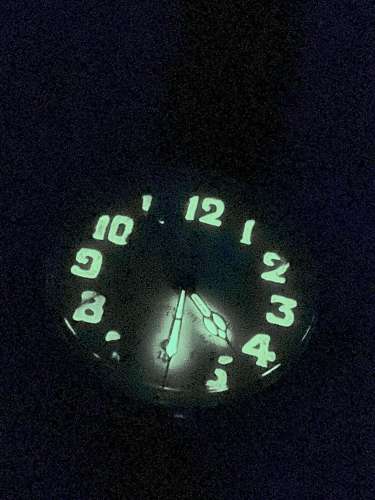 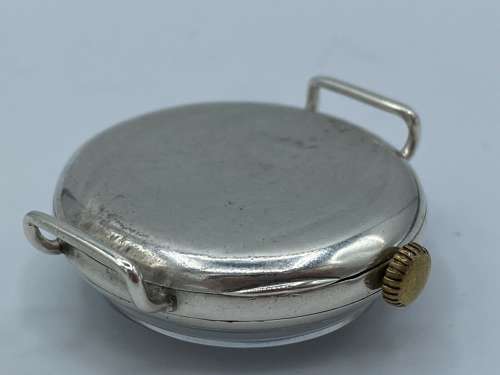 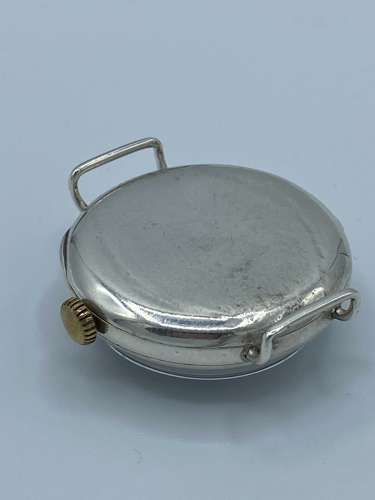 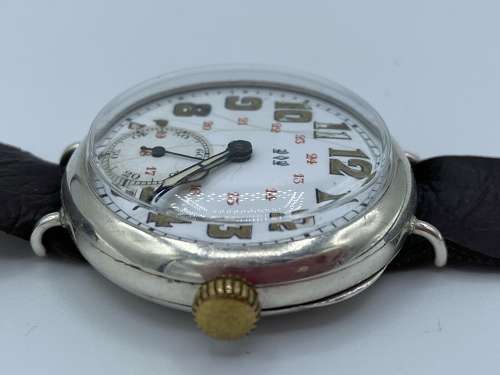 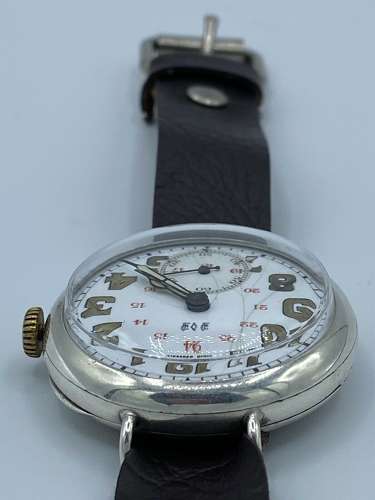 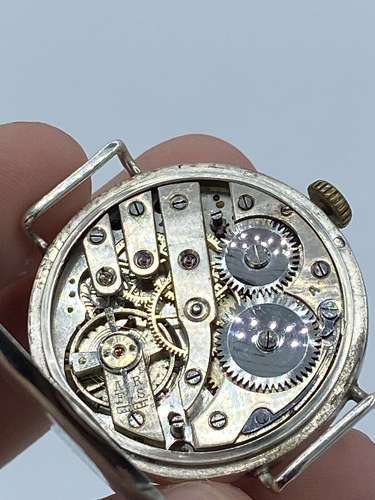 SOLD
For sale is a WW1 British Officers Silver Hallmarked Swiss Trench mechanical Watch 24 Hour Clock. The twenty four hour system of indicating time is used by railways and the military to avoid mistakes with am/pm, so it is surprising that Great War trench watches do not generally have 24 hour markings. These are sometimes seen, usually with the number 13 to 24 in a circle inside the hour track, but I have never seen a British officer's trench watch with British import hallmarks and a 24 hour dial. In perfect working order and keeps time brilliantly, the glass face is virtually perfect, however the dial needs some work. The dial numbers also glows under UV Light. Comes with the original issue strap too. The dial is also inscribed POP in Victorian styled letters. Weight without strap is 2566 grams.
The reason for this is that the British army only adopted 24 hour time in the very late stages of the Great War. The British Royal Navy began using 24 hour time in 1915, but the British Army only officially adopted 24 hour time on 1 October 1918, when the war was almost over, although it had been used informally before then. With the war in its last months there was no time to make a change to the production of dials. During the war Swiss watch manufacturers had increased production of wristwatches, but once the war was over the demand for these slowed down and it took a number of years to clear the stocks that had been built up during the war. With the British army being demobilised after the war, there was little demand for officer's watches with or without 24 hour dials.
The back of the inside of the wrist watch is hallmarked:
0,900
Standing bear marked
V9O
Swan marked
G
22017
This will be sent via special delivery and dispatched within two to three working day’s.